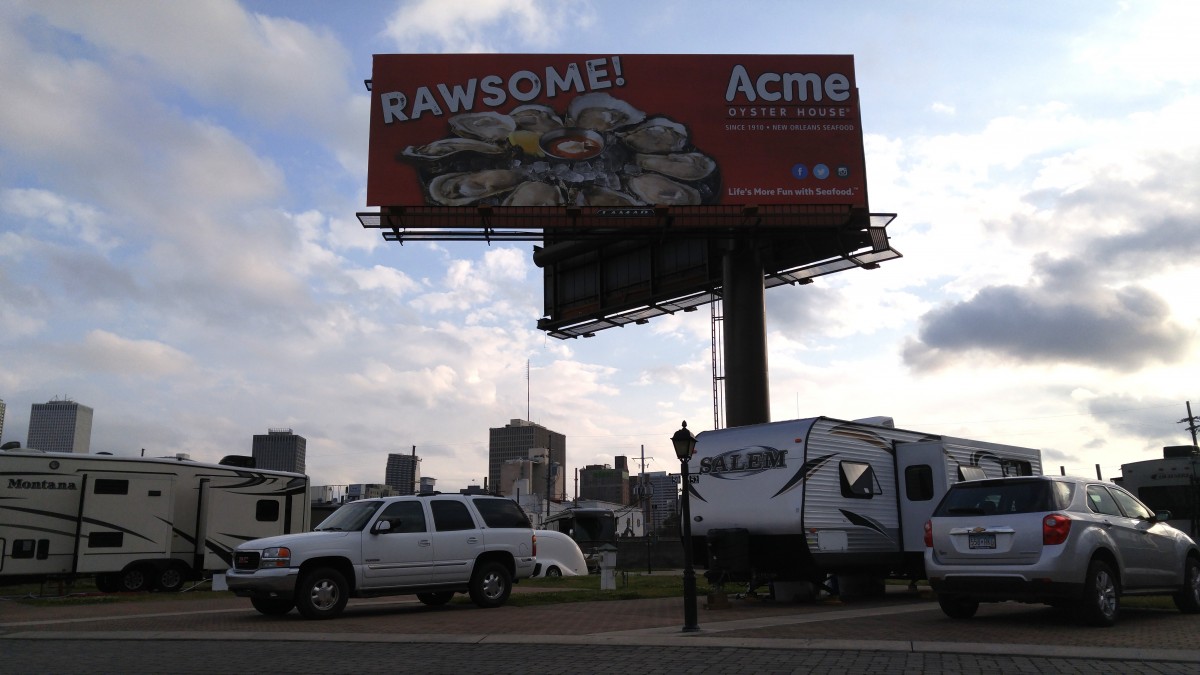 I love New Orleans. I do. I love the way it smells, I love the way it looks, I love the way it feels. It is my kind of urban city — tangible, musical, diverse. It is full of flaws and magic. I could call her home, and we were all happy that we could visit as a family for a long birthday weekend. My last visit to New Orleans happened before Katrina. I also had a different entry point at that time through a close musician friend working on his burgeoning career. He showed me back door New Orleans and I loved it then, too. I didn’t know what to expect with a kiddo this time. Could we walk the city? Were there kid-friendly venues for her to experience the heart of New Orleans? Would Scot like it? Would New Orleans still be … New Orleans? She is for sure, and she remains, waiting for you to come and be swept up in her vibe, a feeling that will last forever with you if you let it.

I never gave a thought about whether or not I would have to include Hurricane Katrina in a post about New Orleans, but there she was, alive in so many aspects of the city and its life that it is really impossible not to be aware of her presence.

There was the city before Katrina, and there is a city after her. In many ways — in most ways really, in the ways we needed her to be — New Orleans is still love and soul, but she is still a little weary and wounded coming off of mourning after such catastrophe, and there are extremely varying opinions about her current state. Some say it is better, because Katrina drove away much of whatever created the crime, and probably a lot of the poverty. Others say it is worse. Katrina wiped out so much in terms of access and culture in urban New Orleans that its residence are experiencing what they call a “food desert”: There are virtually no urban markets in the city. And some say that it is the same, that daily existence, especially for the poor and underserved, never really changed. For instance, some may have a new house, but no neighbors, or little assistance.

Larger percentages of white folks say that it is better; larger percentages of black folks say that it is worse. Business and civic leaders, artists and musicians have a lot to say about the subject, but they all seem to believe in the city’s progress and hope, and/or take the pain and suffering and make it into something tangible and profound, often in the forms of music, art and green space. I believe that the parks are better and it seems a little cleaner. There seems to be a mostly happy vibe in New Orleans, and most of the folks we met love their city and are extremely proud of it. Home is home to them, no matter who they are. They would rather take it than leave it.

New Orleans is still New Orleans in its presentation with its hodge-podge European, Creole, Italianette, Colonial, American and Greek Revival architecture, most of which endured the hurricane. The streets and sidewalks remind me of walking in old Madrid, while the bungalows and iron balconies remind me that the city is still intensely multicultural. Roman Catholic cemeteries make me look twice. Every street in the French Quarter still offers something different — supreme quiet, cacophony and mayhem, tranquil neighborhoods, foot-stomping jazz, magicians, gas lamps, high end restaurants and stinky old taverns. Everyone is busy doing something, or busy doing nothing on a front porch in the city. 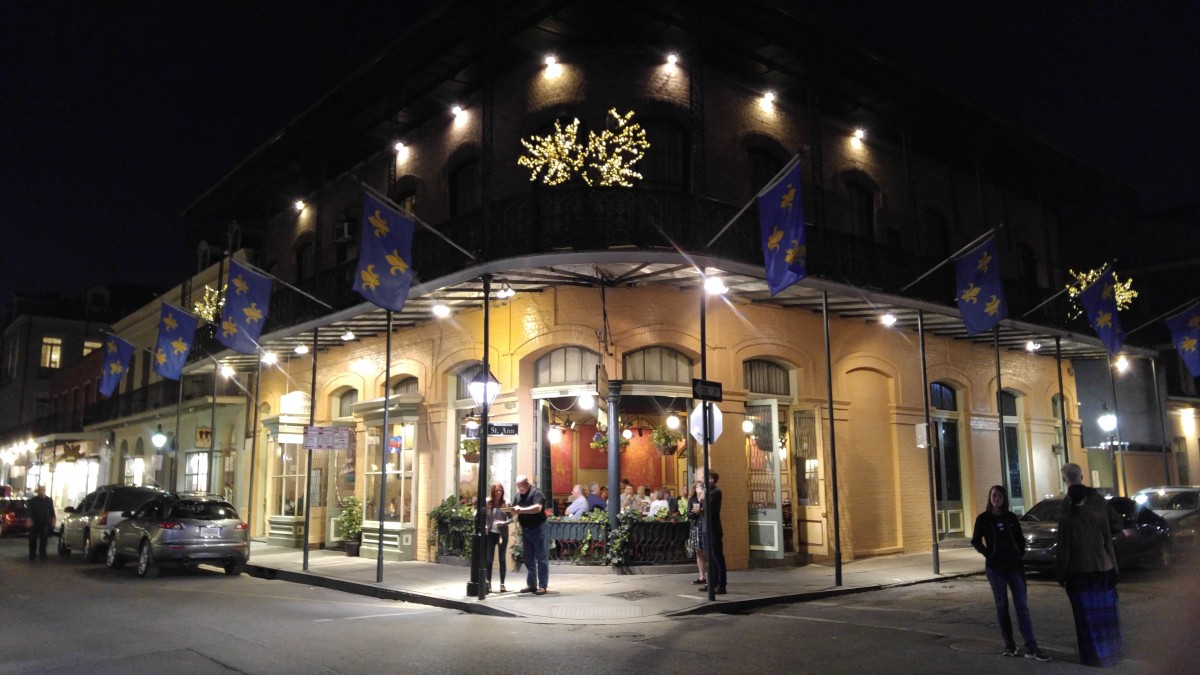 There is still a significant harmless homeless population, including “homeless hippies” and their dogs. The air smells like any good old city should — weed, cigarettes and cigars; piss and skunked beer; spicy, fried food or something sweet. And it sounds like it should, with the click of heels, the clang of silverware on plates or the blaring of music from any corner or any bar. Laughter winds its way into those sounds and it is easy to be transported to that place for just a moment. People hang over balconies and watch. Shopkeepers stand outside their doors and wait. Musicians mingle with each other and everyone else after the set, and everyone is on the same level for a while. Tourists go where they want to go, and residents go where they need to be. Everyone is included in this amalgamation of cultures, sounds, smells and ideas. It is amazing.

And the stars were aligned to visit New Orleans as we did partly because of our desire to travel as we do, but also because of the opportunities that Katrina presented in its aftermath. We urban camped for the first time on this trip at the French Quarter RV Resort, just two blocks north of the French Quarter and due west of Louis Armstrong Park in the Tremé neighborhood. Our hosts did not know what the site was before Katrina, but afterward the storm the property was a FEMA lot. Then, a non-camping, non-resident entrepreneur with stakes in hospitality and convenience stores bought the lot and made it into an urban camping location, outfitted with pool and hot tub, large concrete fence, a gate and security cameras, lots of beautiful brick driveway and sites and modern barbed wire to deter non-campers. We call it “luxury parking.” All joking aside, the French Quarter RV Resort gave us ample access to the city. We walked everywhere for four days straight (over twenty miles!) and Luna became a city girl. Scot and I rekindled our love for urban living, just for a little while, and we all fell in love with this amazing city as a family.

From the resort, we walked next door to one of the three St. Louis cemeteries, investigating what time and culture can to and for the dearly departed. Most days we hiked down St. Louis or Toulouse Street and just went with it, crossing stinky Bourbon Street and making our way past Dauphine further into the Quarter. Sometimes we went to the riverfront. Everyday we headed to Frenchmen Street, because we just couldn’t seem to do without a day of music. The Maison and Bamboula’s were very kid-friendly, so we went there often.

Up Frenchmen Street is Washington Square with a large playground and several benches. Folks just hang out with their kids and each other in the midst of all of the old bungalow-style homes that line it. Between the Mississippi and the church of St. Louis Cathedral is Jackson Square, and Café du Monde and Jackson Brewery are nearby. Heavy with tourists, there is a daily carnival atmosphere full of artists, magicians, musicians, weddings, carriages and beggars. And Bourbon Street — once the lane of the wealthy — stinks of old beer and is impossibly loud.

But there is so much more to see. Louis Armstrong Park and Congo Square are as beautiful — and important — as ever, and the Aquarium of the Americas, along the Mississippi River Heritage Park, is really cool and fun. We took a bike taxi around the Quarter for historical insight and we meandered the streets in the evening for a taste of NOLA nightlife.

For many, there is still a feeling of division among residents and communities, yet New Orleans still seems as collective as ever. Some folks returned immediately after Katrina, others returned a year or more later. Many more never returned. But the beat still goes on.

Luna likes short visits to the city, because, for her, there are too many people and it is too loud. Scot says that he could visit New Orleans for an extended stay, for he really likes the city. But to return to urban living such as this? Not so much. For me, I love this city. I would stay for a long time in a heartbeat. Perhaps it is my love of all-American jazz. Perhaps it is because of the utterly mixed cultures and diversity. Perhaps it is the food, the drink. There is no doubt it is the music, and for sure it is the soul. New Orleans is like no other city. We shall return again someday.

Take a peek at the gallery below and visit All There is to See and Do in New Orleans for more. 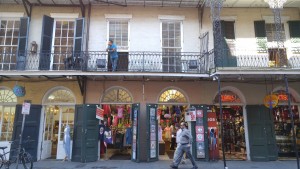 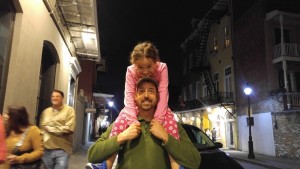 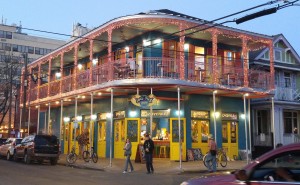 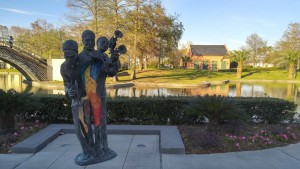 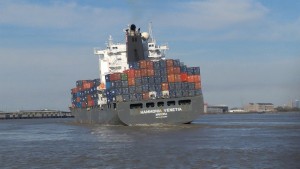 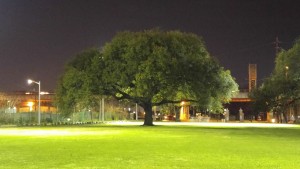 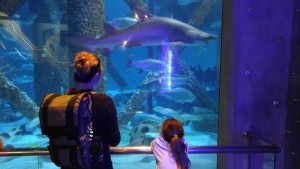 Aquarium of the Americas. 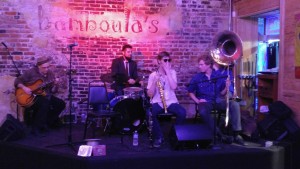 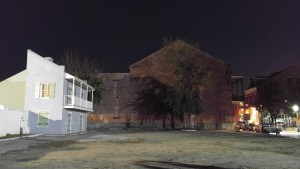 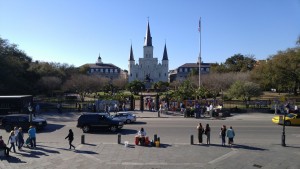 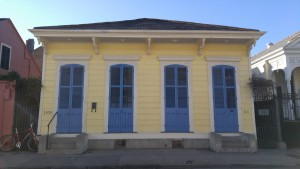 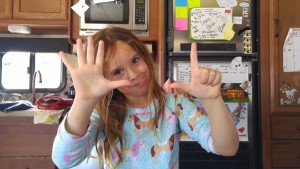 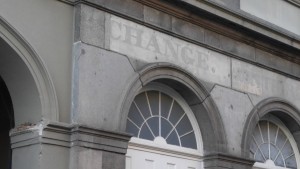 The Omni Hotel, Once the Slave Exchange and Heart of the Mercantile Center in New Orleans. 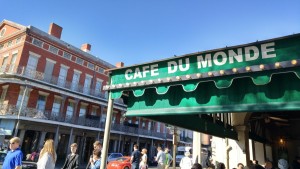 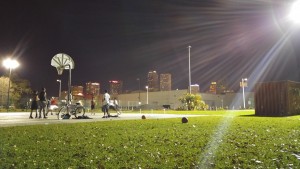 Leeman Playground, Next to RV Resort. 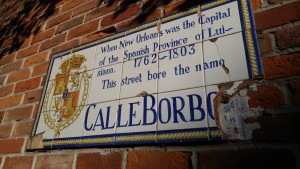 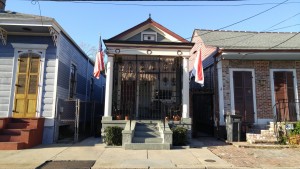 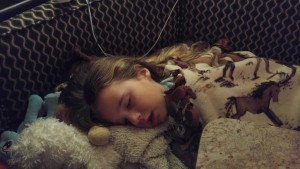