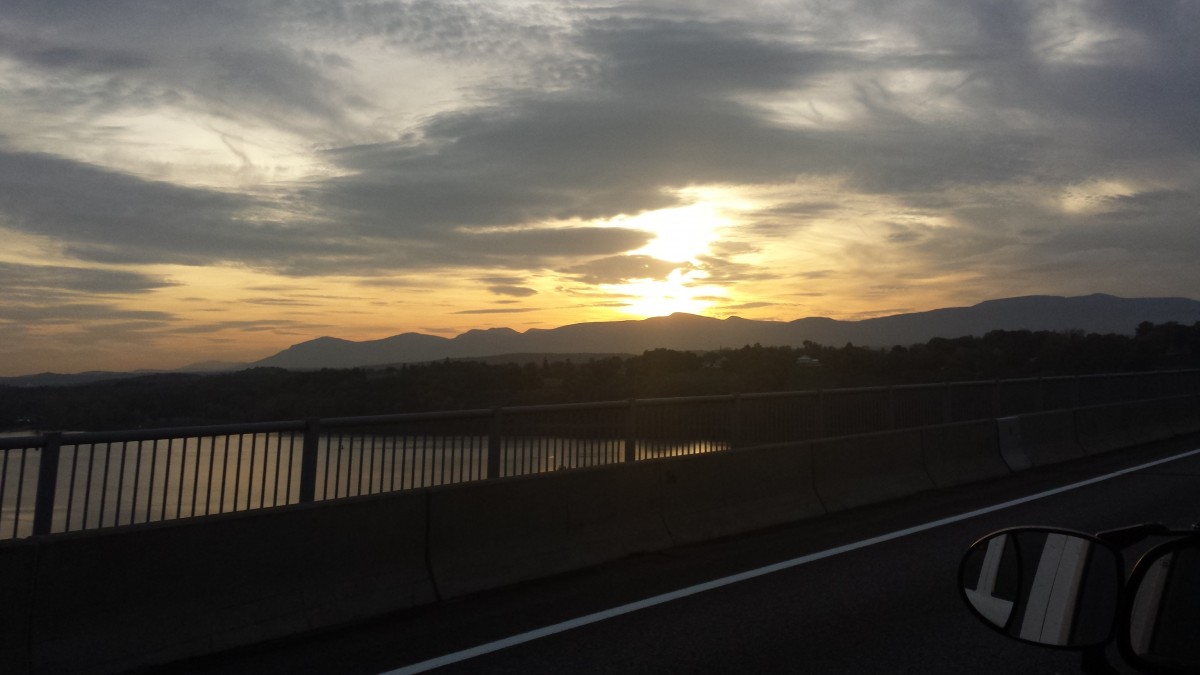 As of this publication, it will be November 1, 2015. By now, still living in the Midwest, we would be preparing our winter gear, stacking several cords of wood and bringing out the extra blankets. This year, the plan is to remain only warmer: We are headed south.

The cold has seemed different this time. In our tiny house on wheels, it is more biting. We feel it in our bones. If and when we have a true tiny house, built specifically for the purpose of living in a small space permanently, it will be much more energy efficient than our current tiny house. Ours is not winterized, but that was never really the plan anyway, for we have two general guidelines as we travel: Stay warm and by the water. We intend to abide.

We have been traveling full time for five months. We spent almost two months in Maine, because we enjoyed it so much — that is until it became colder. The first real experience we had with that was in Moosehead Lake, which is along the same latitude as Thunder Bay, Ontario, Canada. Our first day there was really pleasant, but chilly. Then it began to rain and the temperature dropped even more. Furthermore, our campsite sat nestled under a lovely canopy of thick pines, which kept the cabin dark, along with those grey skies. For one more day we had sun, just enough to visit to the state park, but after that all seasonal forecasts suggested that it was time to make our way out of Maine, so we did.

The last stop on our Maine itinerary was Portland. We never made it to Portland, but instead stayed put in Freeport at Recompence Shore Campground at Wolfe’s Neck Farm. There we walked trails and dirt roads, hung out on the farm and checked-in on the tides. We built immense fires by the meadow and watched the moon become full. But then came the real cold.

Two nights in a row dropped to below thirty degrees — twenty-eight and maybe twenty-seven. Despite the thermostat setting of sixty degrees, the heat kicked on through the night. New sounds came from an overactive mini-furnace, and our propane tanks were on overdrive. We awoke daily to condensation on the windows, making us aware of the lack of insulation generally and throughout our rig. Inevitably we had to pull out all of the warm gear we owned, and we slept together like three pigs in many blankets. If that didn’t signal the lack of warmer degrees in the air, this did: Our water dwindled to a trickle, and then to nothing.

This has happened to us previously many years ago. One freakishly cold night in Arizona, the temperature dipped to below freezing. We had a cabin in the high desert — about six thousand feet up into the Bradshaw Mountains. If I remember correctly, the temperature there that freezing Arizona night plummeted to four degrees. We had waited to do dinner dishes until the next morning. When I turned the faucet on, the trickle was upon us, and then … it was gone. The water in the pipes from the well to the cabin had frozen. We were six thousand feet up and I had dishes to do. The century-old former brothel-come-full-time-saloon-kind-of-hotel in that old mining town in the mountains didn’t offer much in the way of hardware. We wrapped what we could in heat and waited.

In our case in Maine, we knew that it hadn’t been cold for long enough to make the water freeze, but we figured that the water pressure had dropped throughout the farm. Our sources suggested it was so — a factor in why so many northern campgrounds close mid-October, as it turns out — forcing us to slowly fill our fresh water tank with as much water as we could. Reminiscent of our days of tenting, this is no big deal. We enjoy working with our rig and being off the grid. But it was so cold, and we were becoming really uncomfortable and little pissed. What fun is camping when you’re cold all of the time? Not that much fun, and doesn’t make for a great story. So, with that, we made our plans to go south.

This meant that we would have to forego visiting metro New England. The cold was preventing us from having a whole lot of fun; more time spent in New England meant just as much cold and fewer options for camping. We also needed to consider Luna’s little — although tall — six-year-old body. Walking and walking and walking the city blocks is hard work for kiddos; we’d be doing a lot of piggyback rides. Furthermore, we determined that in order to properly visit the line of glorious New England big cities and small states — Portland, Boston and its vicinity, Rhode Island, Connecticut, NYC, Philly (sorry to miss you, M and T!) and DC — we would need two to three months at least to visit from the inside out, with a wad of cash and coins to Airbnb it via train or subway. It simply was not meant to be this time.

Our plans to find our way to the Southeast were aggressive, because we wanted to go around metro New England, which would extend our travel time a bit, and we wanted to be warmer as soon as possible. The strategy included a long, hard drive from Portland, Maine, to Woodstock, New York, on day one, and then settle in somewhere for a few days around Harrisburg, Pennsylvania.

The Saugerties/Woostock KOA was set among tall, beautiful trees decorated in their finest fall colors. What a gem along the great Hudson River. We had pizza delivered, rode stick horse, found a large toad and kicked our way through the fallen leaves. It would have been nice to enjoy that campground a little longer, but it was cold there, too. Onward to Pennsylvania.

We chose Hershey, Pennsylvania, over Harrisburg, with the hopes that Luna might have some fun in the land of chocolate, a gesture of appreciation for tolerating the cold weather and long drive. That turned out to be a fantastic idea. It had not occurred to us to put together Hersheypark and its camping resort with Halloween (duh), so we arrived to find a weekend full of super fun things for kids and families. The campground filled almost to capacity, and most RVs had decorated for the occasion. There were outdoor movies, daytime trick-or-treating around the campground and lots and lots of family gatherings around campfires.

Hersheypark, situated among the gorgeous undulating hills of eastern Pennsylvania, made for varied vistas for each and every rig. Our WordCamper sat on a hilltop and we could see everything. We took a quick tour of Chocolate World, earning our free Kit Kat, and then we headed to ZooAmerica, a wildlife sanctuary within Hersheypark, where we saw north American animals like bobcats, elk, wolves, bear, lynx and eagles. Upon our return to the camper, we prepared the rig for an early morning start to bust through Maryland, DC and northern Virginia with destination Williamsburg in mind.

Scot rocked the drive through metro New England; I took over after DC. Driving the rig in the cities is white-knuckle inducing, but the views are often breathtaking.

So … Maryland is beautiful. Need to go back there someday.

DC looks amazing. A small wrong turn landed us in a neighborhood in Bethesda next to the National Institute of Health and in someone’s backyard. We plan on returning there, too, for more than a super-quick pee break.

Alexandria? Beautiful! Gorgeous! Wish you were here! Shenandoah, Monticello, you’re not as warm as we needed. Until next time, adieu. We’re going to Jamestown. 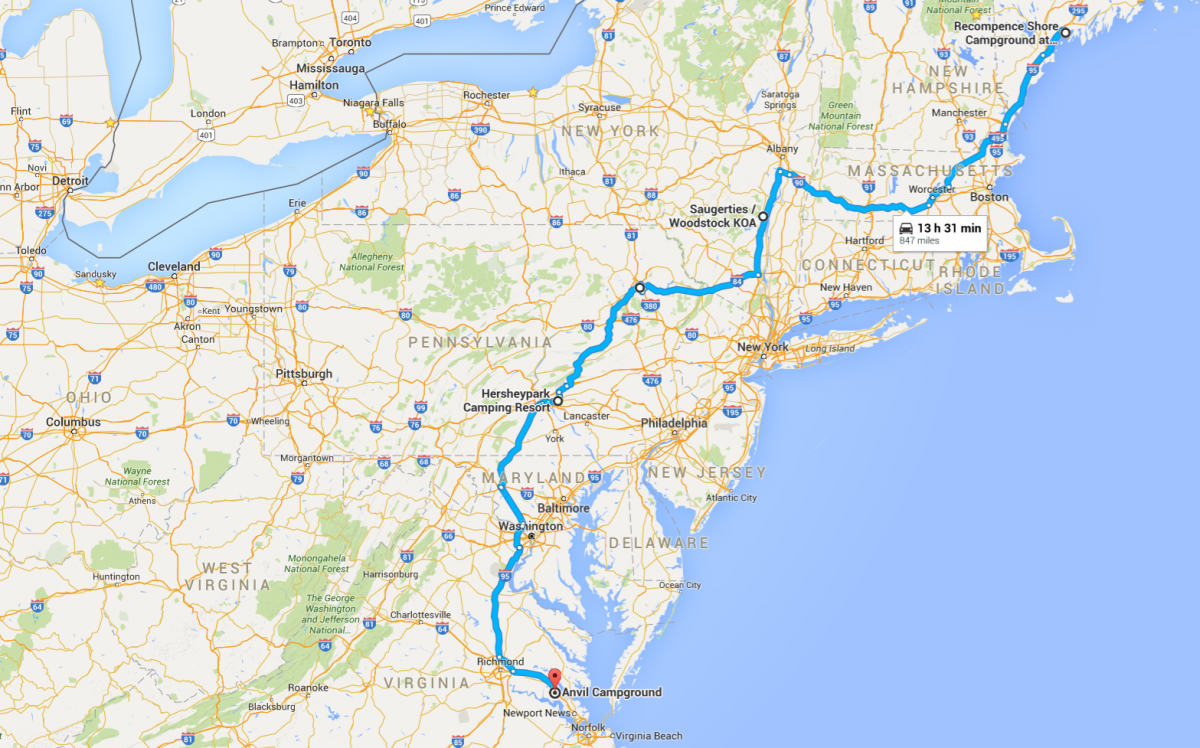 Six day later, we arrived in Virginia. We arrived to a warm, humid seventy-something degrees. For a couple of days, we wore our lighter clothes, and we even dug out the sandals. It is still just a little too cold for us in Virginia as it remains in the sixties. We plan on enjoying all that we can here. However, as of this posting, Charleston, South Carolina, registers ten degrees warmer than our current location. We think that we will make our way there as fast as the crow flies. We have Savannah on our minds — kind of like our Maine aspirations, only in the Southeast. It’s a blank slate for us, a place we feel that we must be, so further south we will go.

Happy to be warm again. 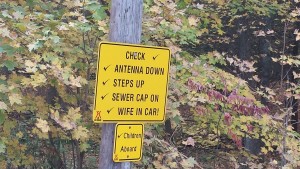 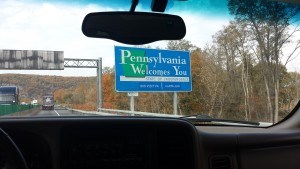 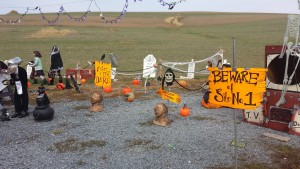 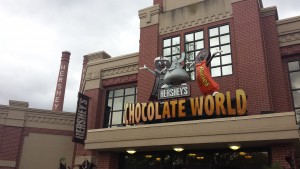 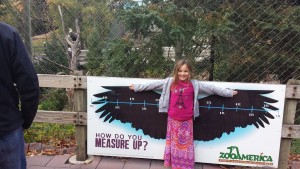 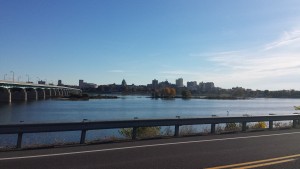 4 comments on “Cold-pressed, Southbound and Happiness in Hershey”