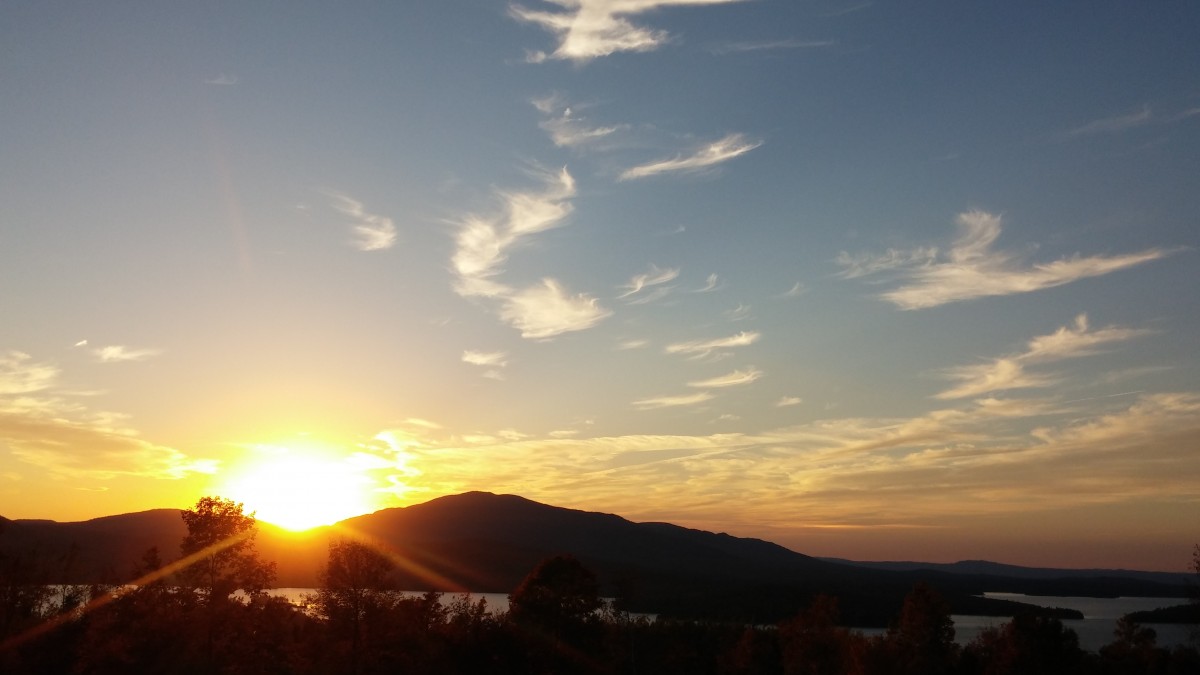 We always have been intrigued by and admire people who live in often-harsh climates. One thinks hard about living through long, cold winters and lots of snow — endless stacks of wood; various pieces of equipment for digging out and plowing through; layers of clothes and gear. It is not a choice many of us would make. However, there are benefits to enduring such conditions. Generally, there are fewer people in such places, and, thus, a bit less commotion. There are miles and miles of land untouched and uncluttered, the landscape often remaining as it has for a very long time. As a result, there are incredible vistas that are mostly accessible to everyone. It becomes like a giant playground. And then there is fall. The vibrancy that becomes from places underdeveloped speaks volumes about life and transformation, because it can — it is able. We wanted to see New England in the fall. We wanted to visit a lake in Maine, and we wanted to be among northerners for a while, to see what they see, and perhaps do what they do. Among the grand choices for a few days of seclusion in the Maine Highlands during the peak of autumn, we chose Moosehead Lake at Greenville. It is a grand place indeed.

The Maine Highlands — as it has come to be known in the Maine tourism industry — includes the Mooshead Lake Region, Mount Katahdin and Bangor. We were torn between Moosehead Lake and Mount Katahdin. Both have reason to boast. Moosehead Lake is the largest lake in Maine, the largest mountain lake on the east coast and is included as one of the largest freshwater lakes in the U.S. Mount Katahdin is the highest mountain in Maine at 5,270 feet and is the heart of Baxter State Park, a place for serious hikers and remote camping. There are few town centers surrounding these areas, but they are meccas for outdoor enthusiasts, music lovers, scenic travel junkies and more. Moosehead Lake seemed the easiest to navigate with kiddo in tow. Plus, the chances of our seeing moose were pretty high as the moose population to that of humans around Moosehead Lake is three to one.

Alas, we did not see a moose.

However, we saw plenty of other things around Moosehead Lake, including fresh moose tracks, deer, some of the most beautiful autumn leaves we have ever seen, forests, meandering roads and killer two-tracks leading up and around and over the mountains and lakes of Greenville and Rockwood, reminding me very much of my childhood adventures in northern Michigan and later navigating the path to our cabin in the mountains of Arizona with a lifted Jeep. Fun participating in the wilderness and over rutty roads.

Moosehead Lake sits at an elevation of over one thousand feet and has over four hundred miles of coastline. Flowing into Moosehead Lake is Moose River; Moosehead Lake feeds the Kennebec River. Moosehead Lake takes up so much space that it makes up twenty-four percent of all of the standing surface water of lakes and ponds in Maine. (Wikipedia) In other words, it is a really big lake.

So we toured. The first day we drove over sixty miles along scenic roads and two-track looking for moose and mountains and rivers and streams. It turned out that many others were doing the same. Many of these dirt roads are no secret to tourist (and tour bus!) and hunter alike (it was the beginning of moose hunting season). Nevertheless, it was a drive full of surprises, including remote camps like those at Spencer Pond (lakes are often called “ponds” in Maine) — housekeeping cabins off the grid in the middle of nowhere all to oneself — a place that I would like to stay someday. We stopped for hot chocolate and snacks. Luna looked through binoculars. We all took in this spectacular region and then continued to home base.

It rained while we were there a couple of times, and it turned very cold. Darkness set in, too, especially inside of our tiny camper with tiny windows under a canopy of beautiful but dense pines at our site at the Moosehead Family Campground. We were experiencing a small sample of the beginnings of harsh weather, but this time as tiny dwellers. Our WordCamper is not exactly energy efficient either. Without the sun, it wasn’t very exciting.

However, we extended our stay just long enough to visit Lily Bay State Park as well as the other side of Moosehead Lake toward Moosehead and Rockwood. The state park is a real highlight of the region. Camping, hiking trails, boat launches and secret paths lead directly to Moosehead Lake. The forest is enchanting and there is a splendid playground. We were very happy at Lily Bay and would enjoy camping there someday, too.

The venture to Rockwood proved glorious aesthetically but fruitless in terms of lunch options. Luna, generally a happy traveler, was becoming bored, and cold. Admittedly, although the Moosehead Lake Region is utterly beautiful with plenty to do, we all were ready to head south. We turned back toward Greenville for some good local food at Stress Free Moose Pub & Cafe and talked with some locals about life up in the Maine Highlands (more moose hunters than ever; there is summer and winter and then mud season; camo clothes are the norm). Despite the rain, the food was great, but it was time to go.

All told, the Maine Highlands are clearly gorgeous and offer loads of things to do. Driving tours, kayaking, hiking, camping, fishing, taking one’s time are musts up north. Obviously, hunters favor it, too. We would enjoy visiting again during the summer months. Perhaps we will return after we make our way around the country and through Canada back to where we began.

Maine continues to astound us with its beauty and appreciation for nature, Moosehead Lake included. Maybe next time we’ll see a moose. 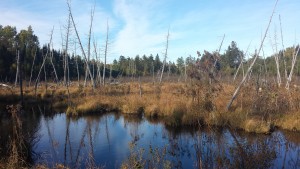 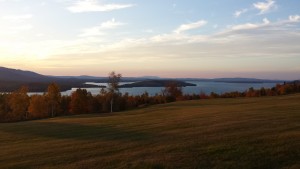 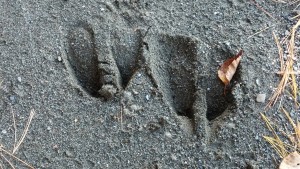 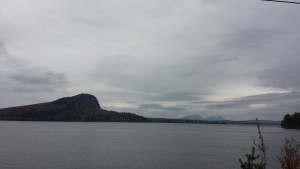 Scenes from Rockwood on Rainy Days. 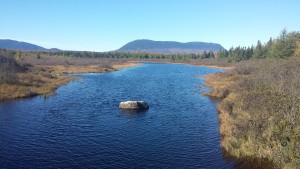 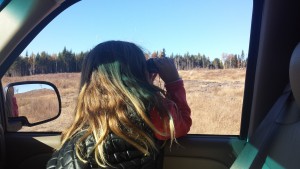 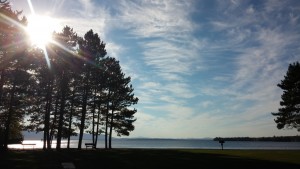 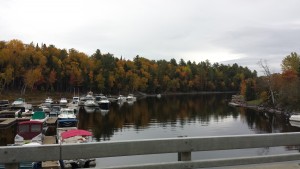 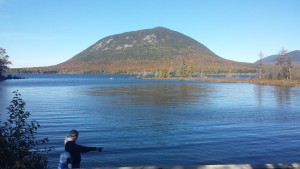 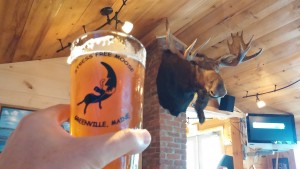 Sometimes the Only Way to See a Moose is This Way. Probably Once a Stressed Moose at Stress Free Moose Cafe. 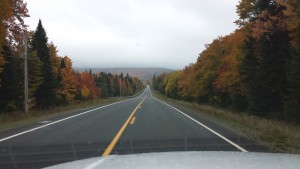 4 comments on “The Maine Highlands and Moosehead Lake”