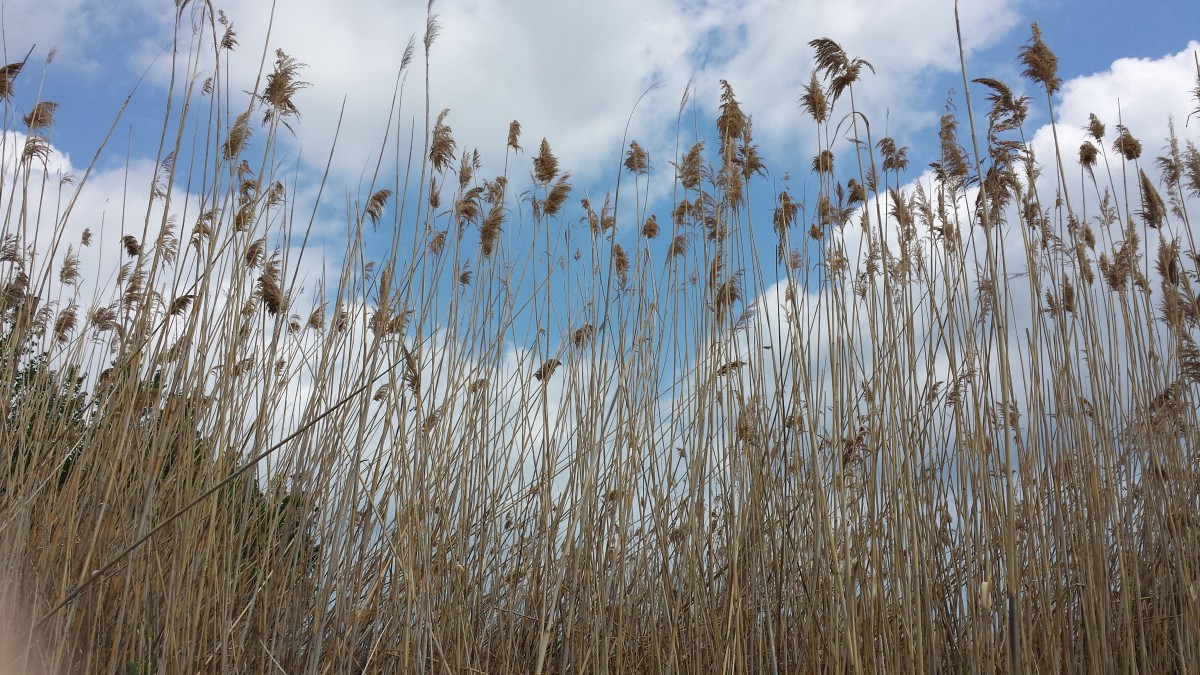 When I grew up in West Michigan, only one thing came to mind when one mentioned Sandusky, Ohio: Cedar Point Amusement Park. Field trips, Mötley Crüe or Boyz II Men playing on the bus or car ride over (this is comical and dates me big time), full-throttle roller coaster screams, embroidered hats for souvenirs, a lot of laughing and friends. That was the eighties and early nineties. I never imagined returning to Sandusky again as my interest in Cedar Point or the Midwest had waned.

Fast forward twenty years and I returned to Sandusky with Scot and Luna to attend the Unschoolers’ Waterpark Gathering at the Kalahari Waterpark. Initially, we planned on staying at the Waterpark, but as the date for the conference drew nearer, we took the opportunity to turn our trip into another practice run with the WordCamper, digging in a little further into our U.S. camping adventure. It turned out to be a fun and fantastic idea.

Wikipedia lets us know that Sandusky, Ohio, the county seat of Erie County, is nestled between Toledo to the west and Cleveland to the east. Like most of the rest of the United States and North America, “Sandusky” in name and history is linked to our Native culture as it is derived from the Wyandot (Iroquoian) “word saandusti, ‘water in water-pools’ or andusti, ‘cold water’.”

The city itself was established in 1818 (1817 according to other sources), and famously played a role in the underground railroad as a pathway to Canada for slaves seeking freedom. Sandusky was also home to the Mad River and Lake Erie Railroad (MR&LE) and Hinde and Dauch Paper Company, the latter formerly the largest employer in Sandusky in the early 1900s.

Currently, Sandusky’s greatest draw is still Cedar Point Amusement Park and a growing number of waterparks, including its most famous, and perhaps the largest, Kalahari Waterpark Resort and Convention Center. Other sources of fun and entertainment include relaxing on sandy beaches or riding bikes or golf carts, or visiting one of the many islands around Lake Erie, including Put-In-Bay. Furthermore, it ranks first on Forbes’ list of “Best Places to Live Cheaply,” and it is a Tree City, U.S.A, which is pretty cool.

Alas, we had not visited Sandusky to amuse ourselves at parks or islands. Rather, we headed to Sandusky with a plan to attend the Unschoolers’ Waterpark Gathering. The idea of staying at a giant resort hotel appealed less and less as we continued to practice-stay in our WordCamper and plan our U.S. roadtrip, and so began our search for the most effective way to camp and still be close-by to conference events. As it turns out, there are many enticing campgrounds in and around Sandusky, including Crystal Rock Campground, Camp Sandusky, Cold Creek Trout Camp and Lighthouse Point at Cedar Point, but it was the Sandusky/Bayshore KOA that enabled us to camp and conference with ease, as well as find a few more treats along the way.

When I first began to camp twenty years ago, I always was curious about those bright yellow KOA signs, wondering what kind of “groupy” experience it was. I never imagined that years later I would be a Kard-Karrying member. KOAs definitely have their followers: just look for the familiar yellow, red and black tee-pee signage and one knows that the KOA experience in one place will be similar in setting and style as the last. Pretty reassuring for those who camp at KOAs often, and probably for those who don’t want to have to think too much about what they’re getting into — just settle in and camp, swim, jump, run, bike, walk, mingle, watch, play and build fires, all within the safety and confines of yellow-gold enclosures.

The Bayshore/KOA regularly averaged four-stars reviews, and, with such history, familiarity and consistency, we felt comfortable camping at a franchised campground. The KOA websites help a lot, offering amazing and incredibly detailed online resources and reservation system, rare (we think) in the virtual camping world. Furthermore, on our list of pre-longterm-roadtrip adventures has been camping along all of the Great Lakes, as we are proud Michiganders and grateful to have been raised surrounded by those gleaming bodies of water. The Sandusky/Bayshore KOA is nestled in and among grassy marsh areas along Lake Erie, satiating our nature, hiking  and roadtrip bucket list needs. We were in.

Like so many campgrounds, the Sandusky/Bayshore KOA is tucked behind scenery that makes one wonder what lurks beyond the campground fence. However, as we turned off of Highway 6 — the Old Cedar Point Road — we encountered three great bits: Bayshore Beverage — home of over 400 domestic, import and craft brew beer selections — and a welcoming KOA sign that leads to a check-in, which happened to be posted by a really nice and gentle Vietman Vet, who had served from 1965 until 1973. It was pretty obvious where he lived at the KOA; U.S. and P.O.W. flags flow high from above his camper.

As it was near the end of May, the campground was mostly vacant, allowing us to experience most of what this KOA had to offer: a cool frog pond; a long hiking trail that lines the woods and leads to the lakeshore and marsh; campsites for every type of camper, including two tent sites along the shore; and many pathways for walking or running. Our slip was partly paved and came with a movable fireplace that we utilized almost every night. We stayed for 10 days in peace and quiet, until the Memorial Day crowd set in, which was fun to watch. We were able to make some changes to our camper and become more familiar with it. We star-gazed, we walked, we rested, we conferenced, we searched for frogs, delighting in our first KOA experience.

Without a doubt, our favorite offsite, non-conference-related adventure was hiking through the Sheldon Marsh State Nature Preserve in Huron, just a few miles southeast of the Sandusky/Bayshore KOA. We thought that our hike would be a short one, but it lasted all afternoon as we were drawn in by the wildlife, wildflowers, trees and tree shapes, birds, waters, trails — often leading to hidden shores and beaches — and conversation. We walked and walked. It was utterly delightful, and it changed the way we perceived and embraced Sandusky, Ohio. By all means, if you venture to Sandusky, turn of the road and into the preserves. You won’t be disappointed.

What we learned / would do differently

We haven’t organized how we would like to display our expenses just yet, so for now we will make a list of the major items. Camping rates varied from $49 to $72 a night; our stay included a holiday weekend as well as participation at a conference, so we feel this was unique in its expenses. The total to stay at the KOA was actually $500, but with the initial discount of $50 for becoming KOA members, it brought the total down to $450.

Luna: I have thoughts about Minecraft at the Unschooling Conference. I liked the hiking trail. The frog pond was cool.

Liza: I reveled in the marsh hike. I was super excited about doughnuts from the Jolly Donut, the local, old doughnut diner, because I love doughnuts. We missed the big cemetery walk. Next time. And I really enjoyed checking out Lake Erie and the marina in Sandusky. Also loved that we heard more trains.

Scot: I don’t remember anything about the wetlands when coming here as a teenager. It was great to explore the wetlands in a natural preserve during our stay. 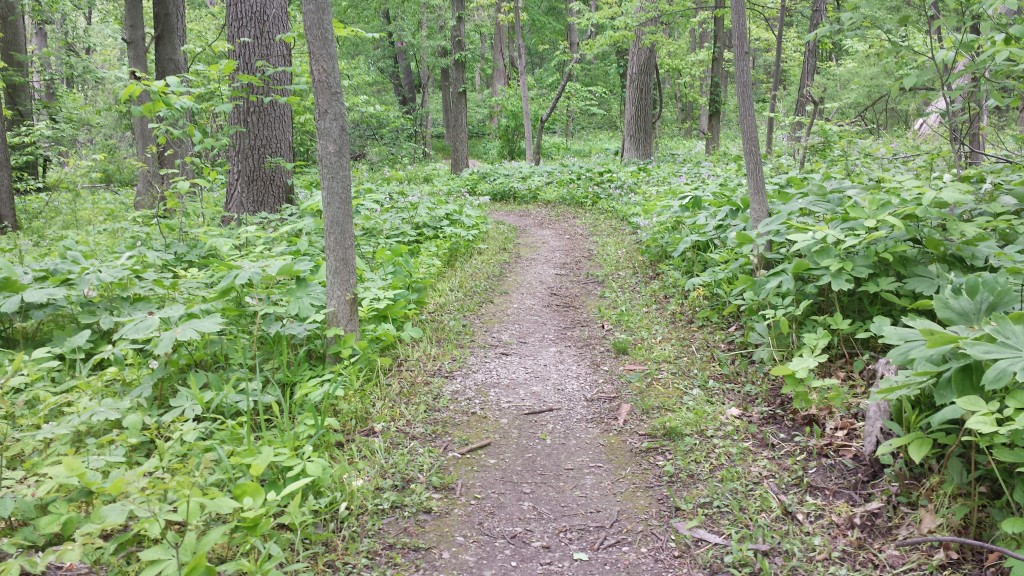 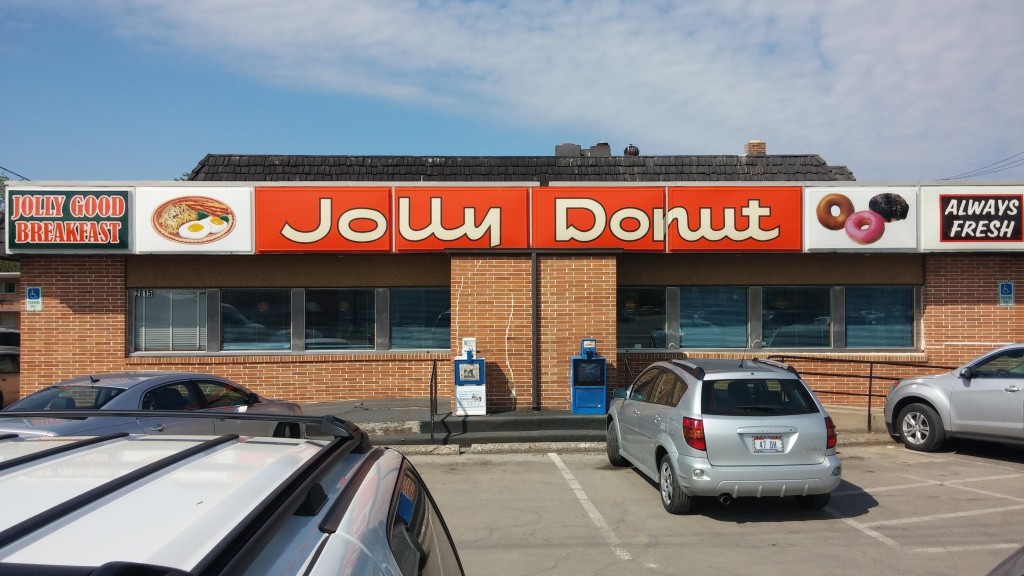 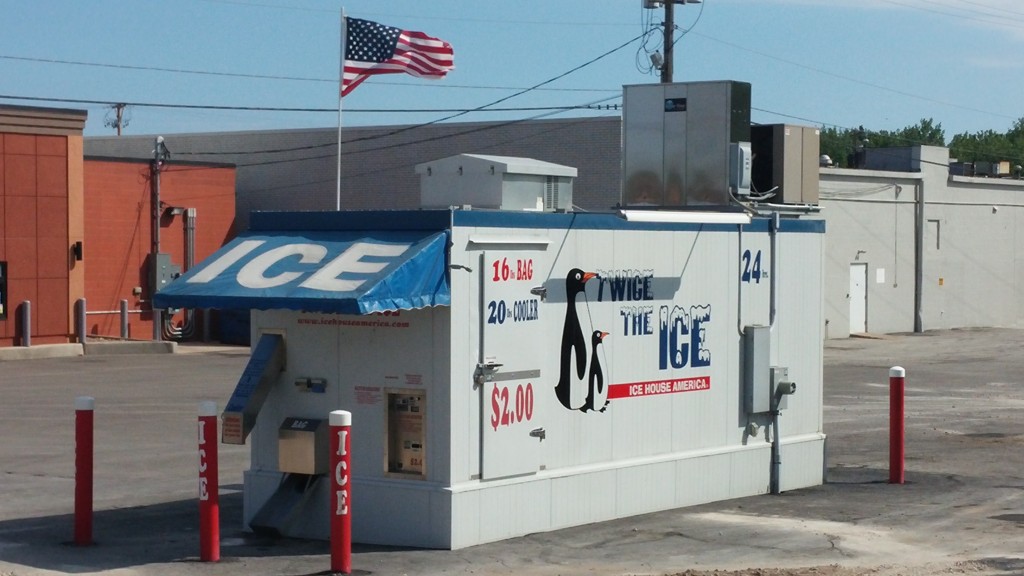 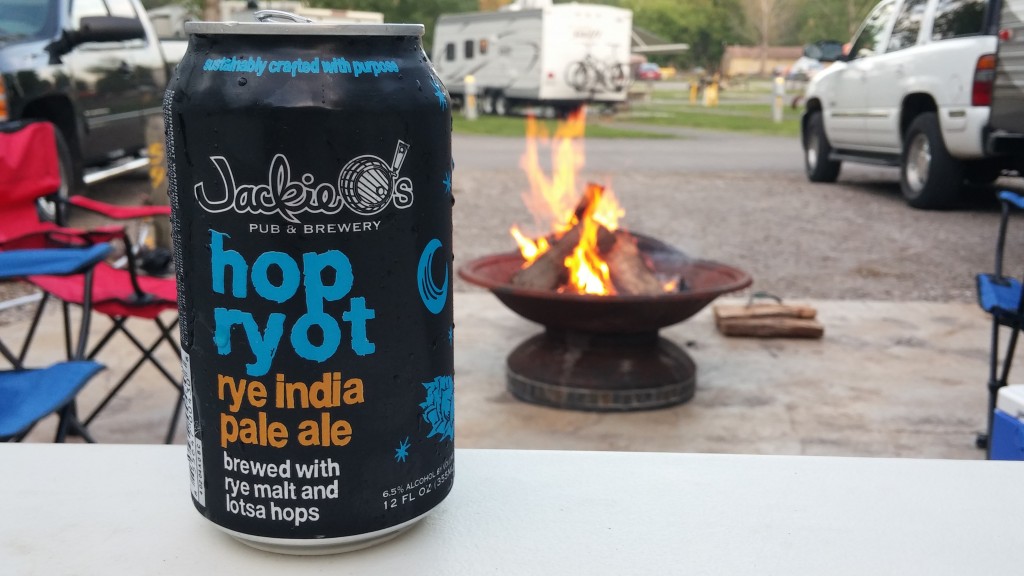 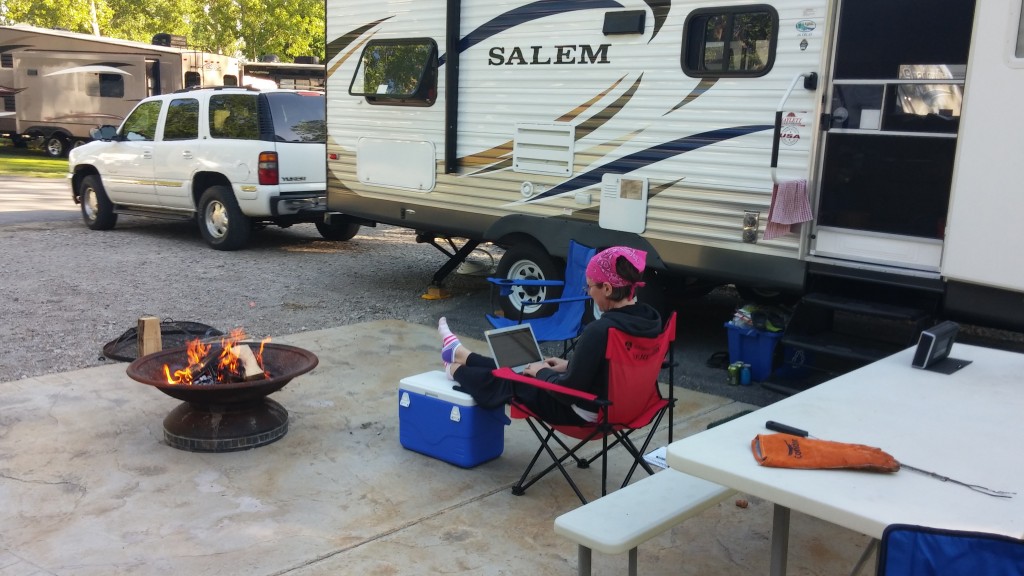 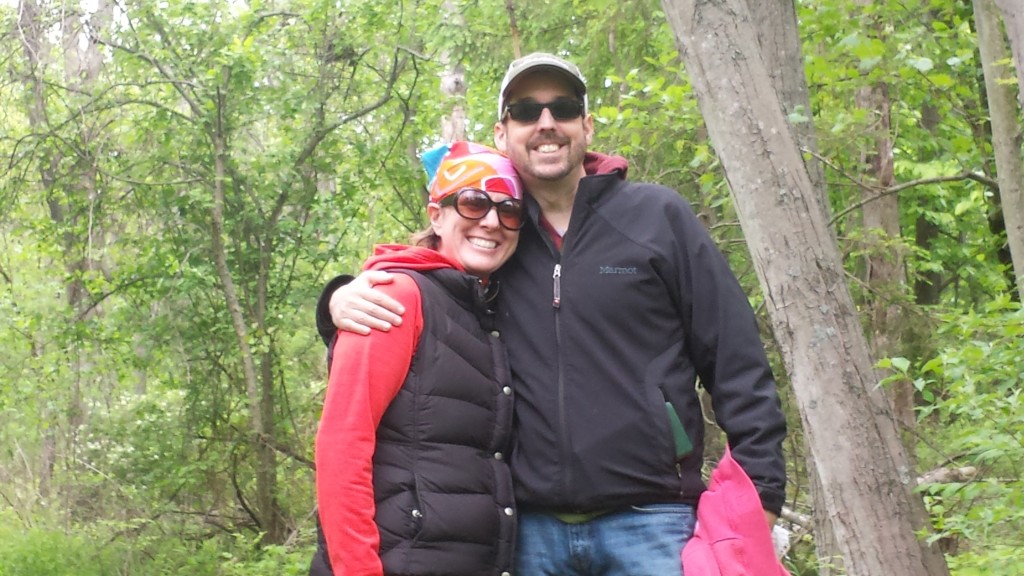 Luna’s Picture of Mama and Papa. 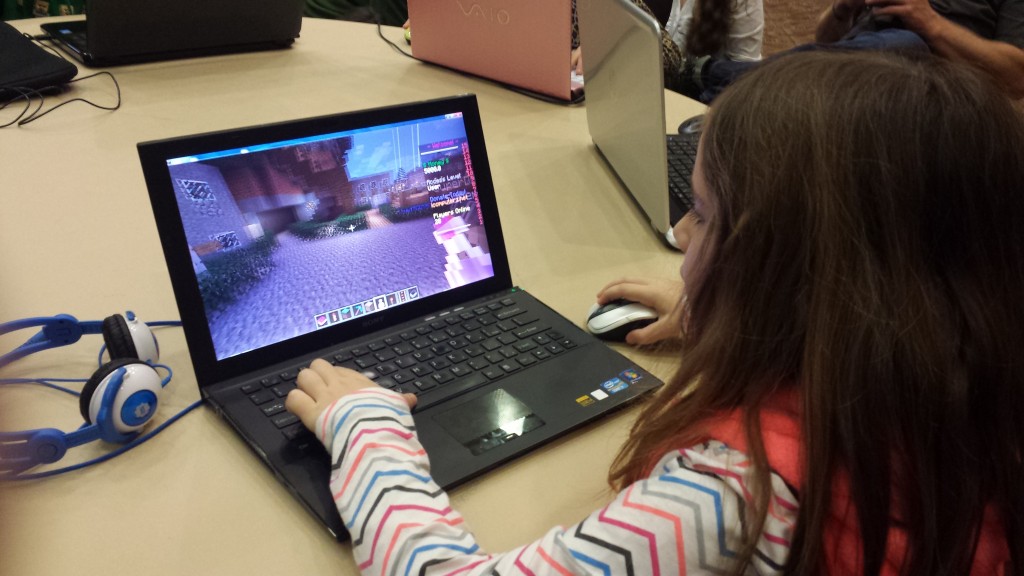 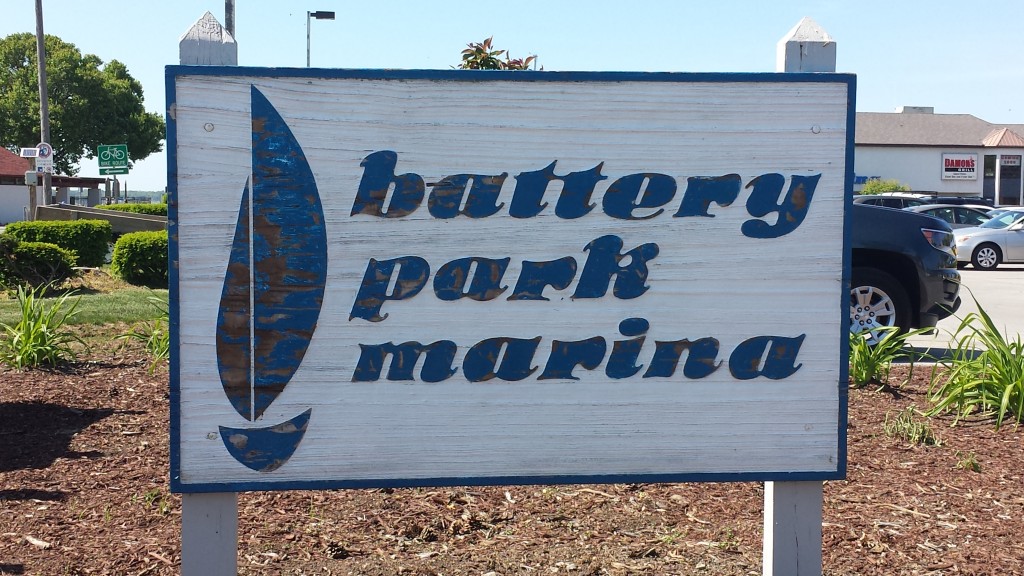 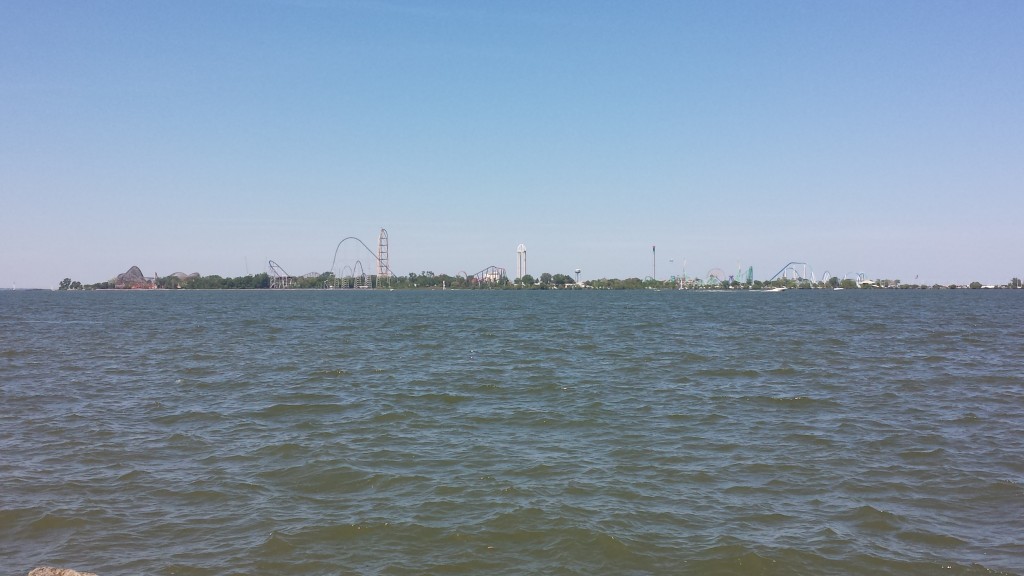 A View of Cedar Point from the Marina. 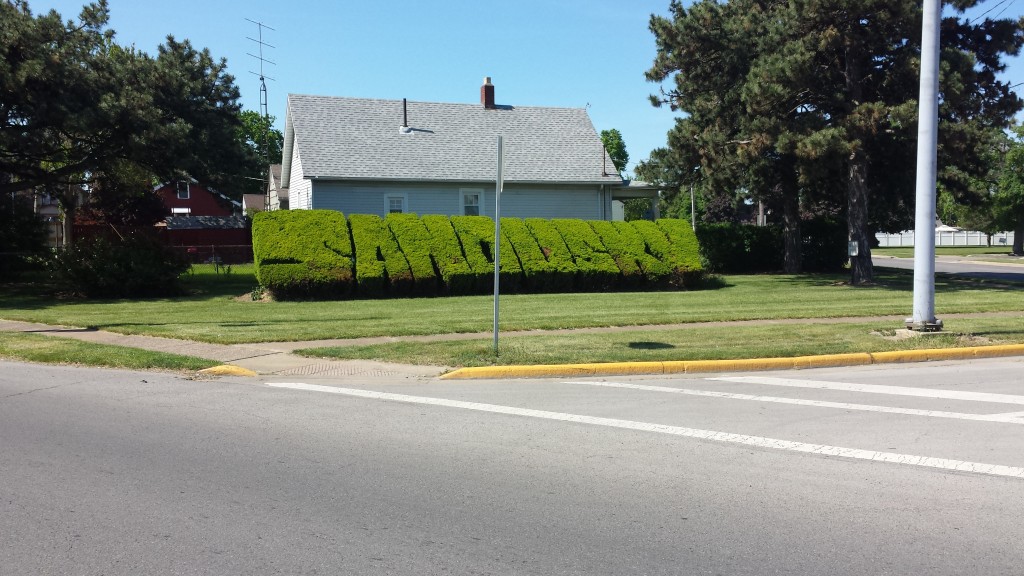 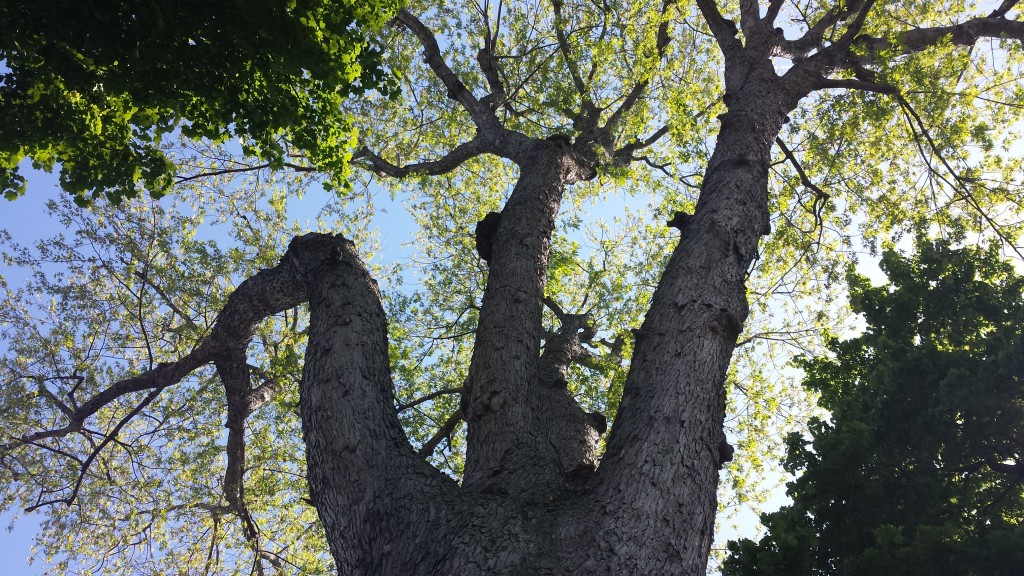 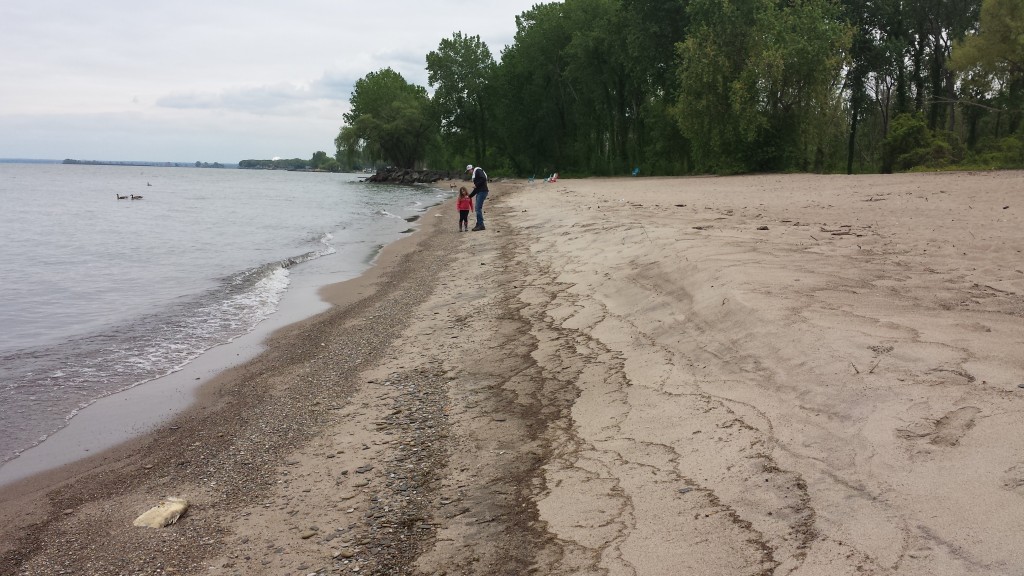 A Hidden Beach off the Marsh Trail. 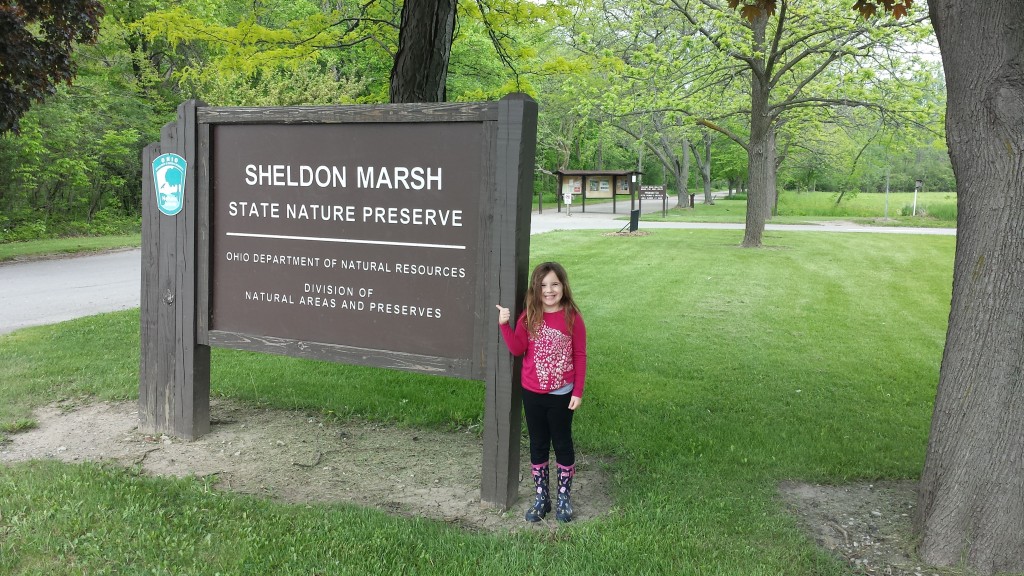 Luna ready for the hike. 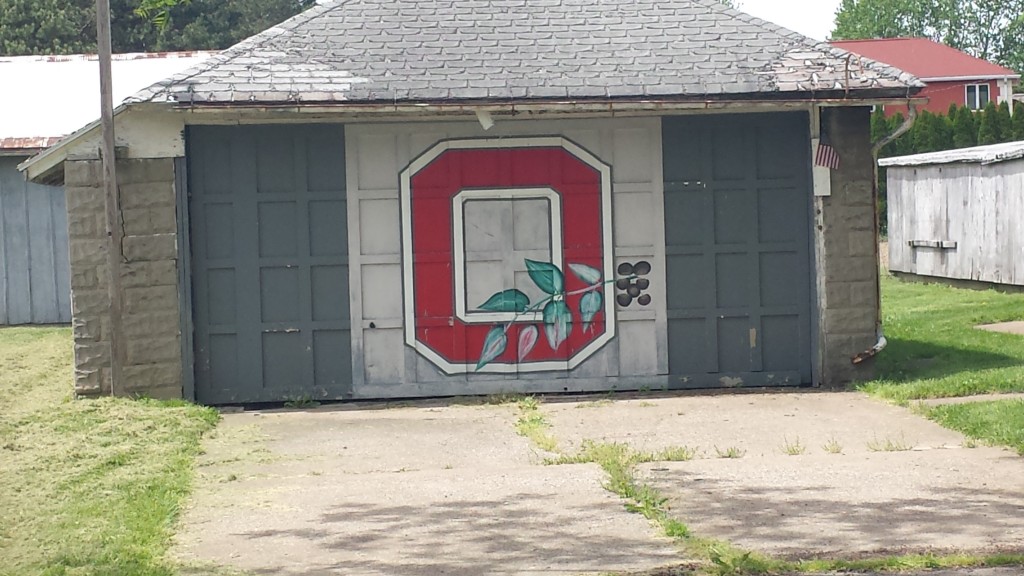 O is for Ohio 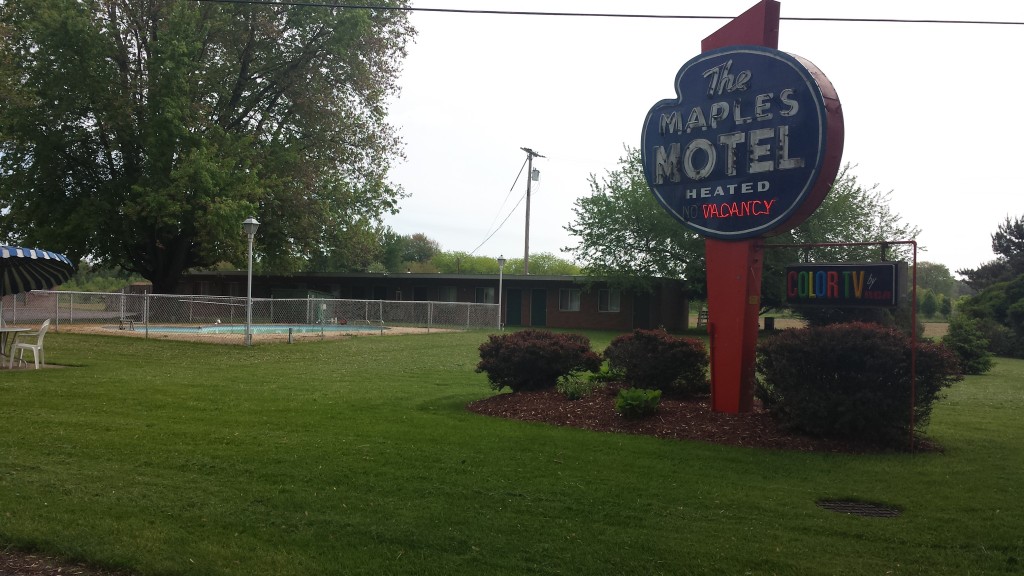 One of Many Motels along Highway 6, the Old Cedar Point Road.

2 comments on “Camping in Sandusky, OH”