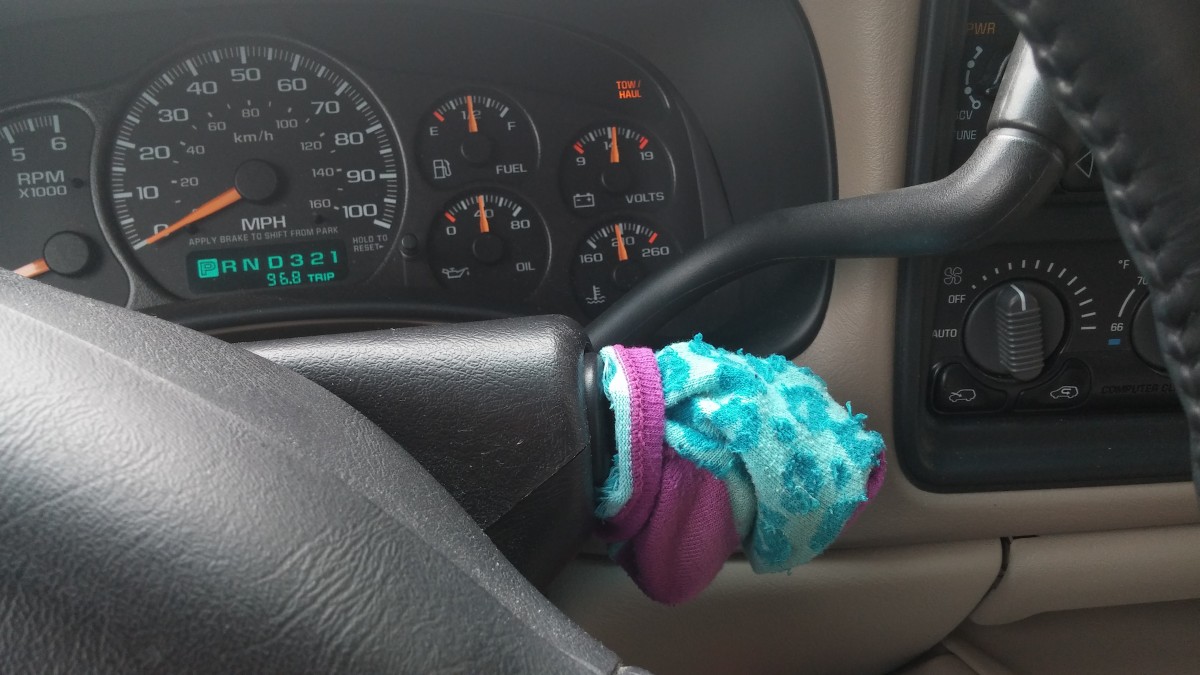 While in Manistee during our practice run with our travel trailer/WordCamper, we had our first mishap. As we were gearing up to head out of Manistee and back to home base in southwest Michigan, I backed up the truck to get it close to the trailer and then turned off the vehicle. I just wanted to get everything lined up and then connect the fancy sway control bars onto the hitch. I called Liza out to help direct me, then I got in the truck and … it … wouldn’t … start. So, that happened.

Oh, shit! Why didn’t it start? I just started it less than 10 minutes ago. I kept trying, but the key wouldn’t even turn. The battery wasn’t the issue and the steering column wasn’t locked. We massaged the key in the cylinder trying to hit every angle possible to see if maybe the issue was a worn down section of the key or an offset tumbler. Nothing worked. We continued to try for what seemed like 20 minutes. Whatever we tried, the key would just not turn. Maybe our second key would work, but we didn’t bring it along on this trip. Note to self.

It was Mother’s Day and we needed to get back to Allegan. We had a few options:

Before we had to attempt any of the ideas 2 – 4, I called my dad to see of he had any ideas about the situation, because he usually does. I sat in the driver’s seat explaining to him in detail everything that had occurred and everything we had tried. As I was attempting to turn the key again, while simultaneously saying, “The truck just won’t start … ,” and IT STARTED!

Wow, what a feeling that was: there we were, packed and ready to go with no ability to start the truck. Once it had started, I didn’t want to turn it off again. Seriously.

I knew we could get back without stopping to refuel; we had 140 miles to drive, which was about three-quarters of a tank of fuel, so we hustled. We backed up the truck to finish the job of hitching up the rig. Out of habit, I reached for the key to turn it off. No! Keep it running! Just in case I found myself trying to turn off the truck, I strapped Luna’s bright blue sock over the key to remind me NOT to turn it off until we were parked at home and unhitched.

We made it back without issue. The local GMC dealer in Allegan said it was likely security related because of backing up and possibly having the wheels turned in the process, then shutting it off with the door open. Or something like that. Whatever we did tripped the security feature and, by design, we were not allowed to start it. Apparently there is a timeout and the security feature resets after 15 or 30 minutes. Whoa.

After all that, the second key likely would not have gotten us out of this jam, but we always will have a second key with us going forward.

5 comments on “Maybe we should have brought a second key?”