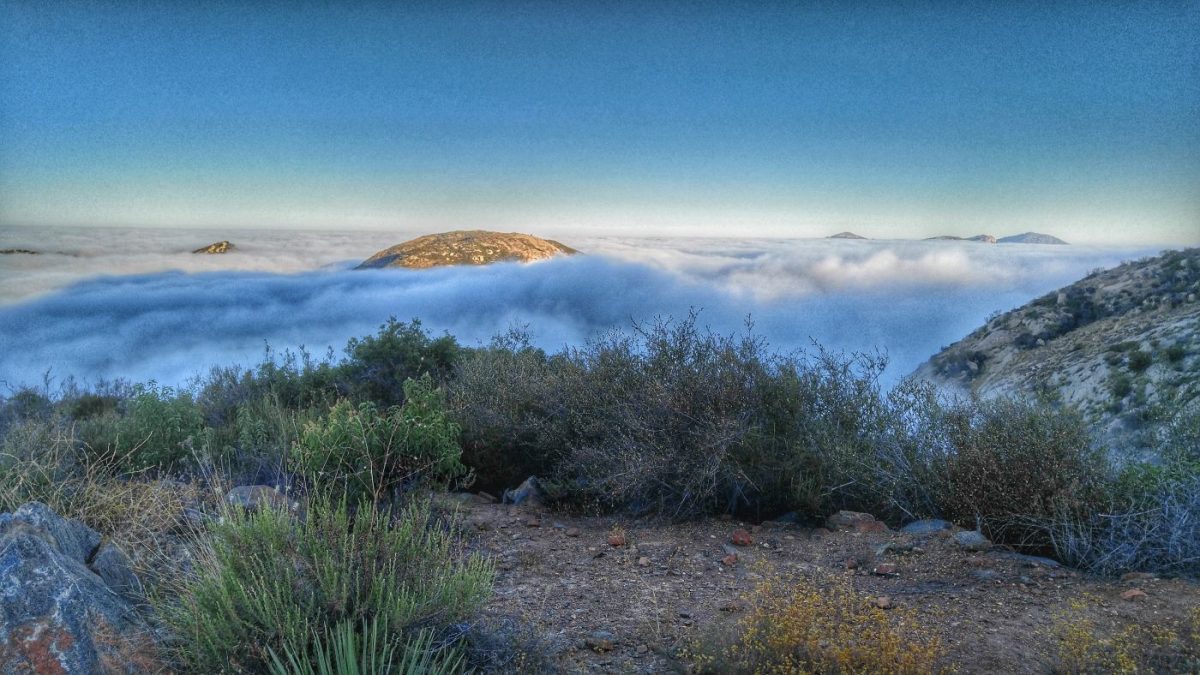 While talking with a fellow “camper” over a beer last week, he mentioned that he’d hiked the last two Saturday mornings. With a third upcoming hike in a row, Sunrise Saturdays was becoming a thing. The next hike would be an aggressive 11 mile hike on El Capitán, a nearby mountain formation. Hiking one of its trails, the El Cajón Mountain Trail, is rated the most difficult in San Diego County. That’s saying something, because there is a lot of hiking to do in Southern California.

Jesse, my friend, graciously invited me to join him and his hiking partner for the upcoming Saturday morning hike. I was like, “That sounds amazing,” and Liza jumped in and said, “You should go. You should totally do it!” And so it was. It was meant to be.

Reading up on the hike revealed a very challenging day was ahead of us. Known locally as “El Capitán,” hiking El Cajón Mountain is noted as a strenuous hike due to many sudden elevation changes along the 5.5 mile out-and-back hike. From the trailhead to the top, the elevation difference on the map is approximately 2,000 feet. However, the actual gain/loss is 4,000/4,000 feet and will have you climbing uphill both ways.

I was up for the challenge and exchanged a few texts with Jesse over the next few days to confirm a 4:25 am pickup to start hiking at 5 am. After planning for food, water and clothing, I was ready.

The morning of the hike was already different from my normal routine, but familiar at the same time. It immediately brought back memories of trips from years past. It just felt like it was going to be an epic day.

The parking lot doesn’t open until sunrise so we parked on the side of the road, where we finalized arrangements in our backpacks.

Getting ready to head out in an epic hike. The El Capitan Preserve hike 11mi with 4k/4k elevation. Sunrise hike.

The third member of our hiking group (also named Jesse) met us there, and we ventured to the trailhead to begin the long journey to the top of El Capitán. It was 5:10 am and time to get going.

At this point, we are three miles in and this was the first image worth photographing, since it was pretty dark for most of it. We stopped to take a mini break and get a few photos at the 3-mile marker. For the record, that’s Jesse on the left and Jesse on the right. 🙂 Just as we threw our packs on our backs to continue hiking, the clouds at our level disappeared in seconds, revealing a clear blue sky above the ridge ahead and a low-lying blanket of clouds below.

Turns out this was the best moment of the hike for me. Right place, right time! If we had turned the corner just 30 seconds earlier, we would have missed seeing the cloud layer we were in evaporate before our eyes. Majestic!

Time to get going again. We continued up and over the saddle and didn’t get far when a new, stunning view was before us.

After a few stops for snacks and water, we passed the famous jeep. I’ve included a shadow selfie for your viewing pleasure. 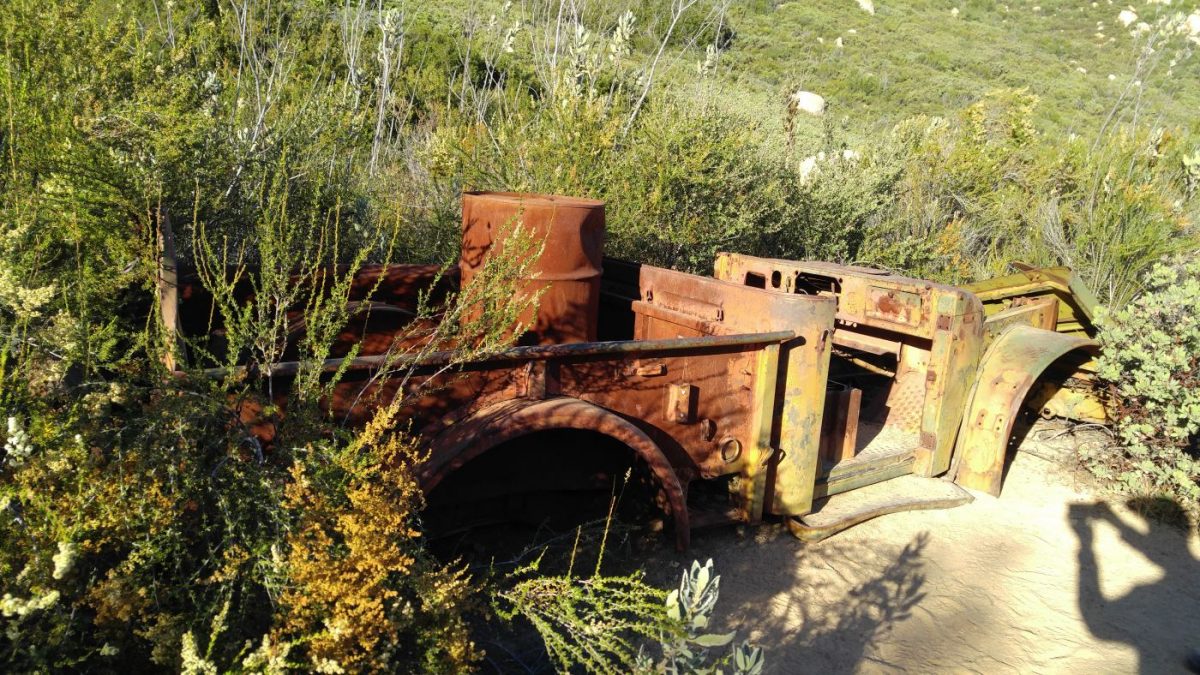 Mile 5. The peak is in sight. pic.twitter.com/lAw445fAIw

The trail is relentless without a flat spot to be found. With the peak in sight, we carried on and looked forward to a nice break for more food, coffee and a bit of stretching.

Made it to the top. pic.twitter.com/0AZaKQpOiv 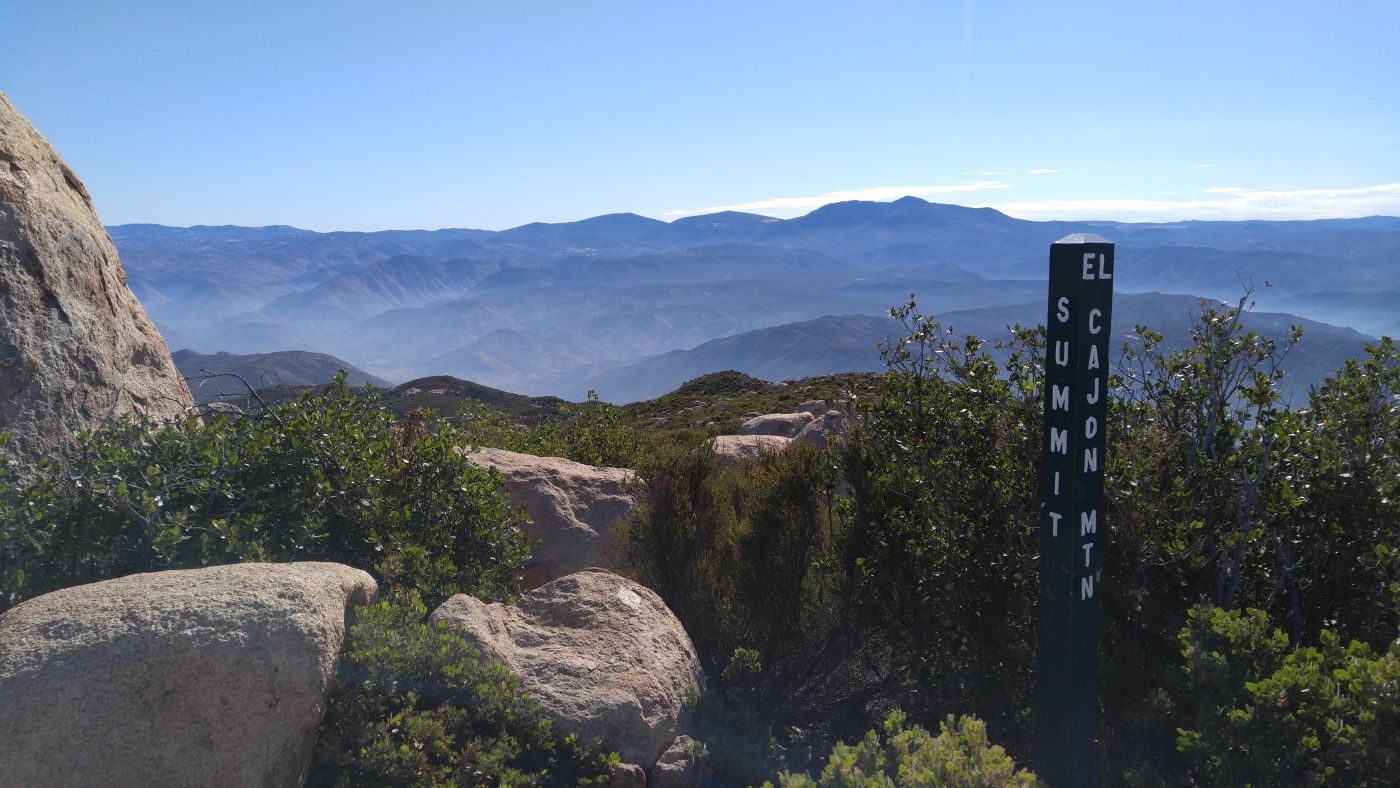 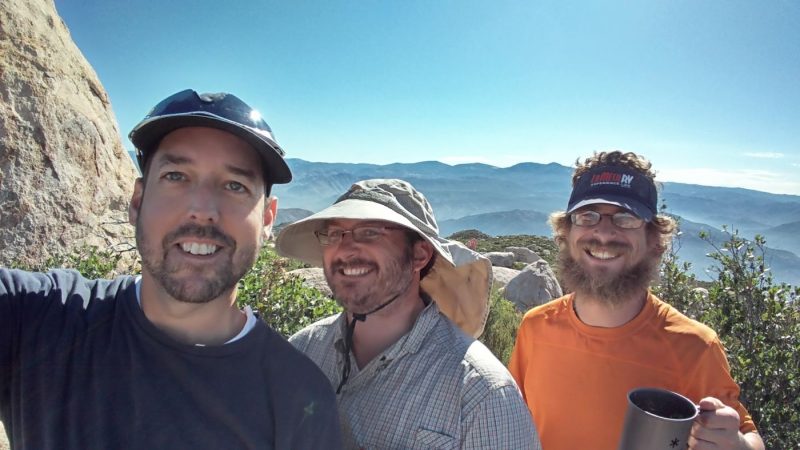 We spent some time resting, having breakfast and drinking coffee. We all felt pretty good (and looked great) at the summit all knowing that was just the halfway point. We still had 5.5 miles to go and the trail is not all downhill. Like I mentioned in the beginning, each way is pretty equal in elevation gain/loss, doubling the fun. Not only that, but now we had to do it in the heat of the day. This trail is recommended for fall, winter and spring, not mid July!

I have been running every other day on a road near the campground, coincidentally named “El Capitán Real Rd.” My cardio and endurance is the best it’s been in five years, so my only real concern was getting any blisters on my feet. I haven’t hiked like this in quite some time, so I put on some fresh socks knowing I’ll have to manage my steps and that it would be alright.

This was an out-and-back trail, so all the good photos had already been taken. We took turns leading out the path back to the trailhead. We made it back out, but not without a few issue. Jesse was managing cramps most of the way back. He showcased a high pain tolerance that many people can not imagine. He worked through it and made it out while getting to know some of his muscles more deeply. The sole of my left boot came off with about 1.5 miles to go. Luckily, Jesse had some athletic tape in his pack and he fastened it back to my boot in no time. It held up the rest of the way.

Another hiker, Chris, came up to us asking if we had any extra water. He looked haggard for sure. Turns out his buddy passed us 30 minutes before and left him behind and without water. We shared our water with him and we stayed with him, finishing out the trail together. We went in as three and came out as four.

Before the day ended, we headed to Alpine Beer Company for a lot of food and some beer. Jokes were told, many miles traversed and new friendships made. Hiking El Cajón Mountian was an epic day.