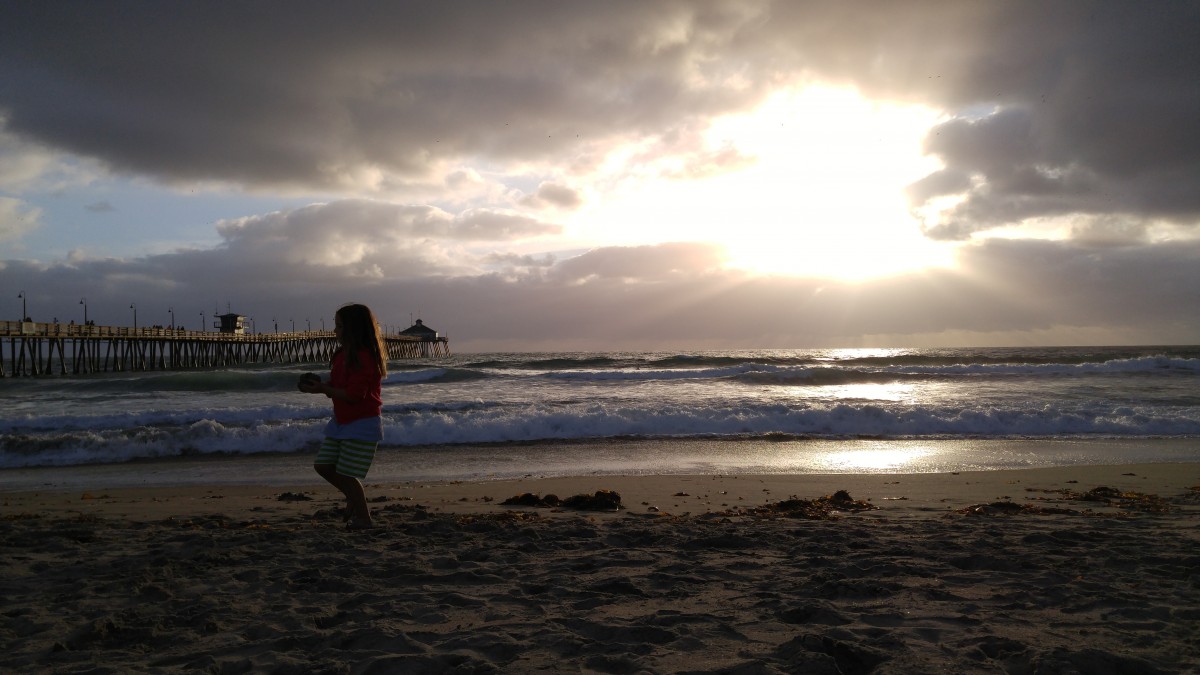 Imperial Beach always was going to be our first beach town stop in Southern California. It is considered the last bastion of many things long-ago California — easy and ample parking, a generally low key and very accessible beach and an unpretentious, mixed community of people. Reminiscent of many of the Atlantic Coast towns we’ve passed through along our travels, like Folly Beach in South Carolina, and beach towns of my youth, such as Margate, New Jersey, and South Haven, Michigan, Imperial Beach was a perfect spot for this family to rejuvenate by the ocean.

There are a myriad of things that interested us in visiting Imperial Beach. It is the country’s southwestern most city — Tijuana is basically a few miles down the road and Coronado is just ten miles up the road — and probably the quietest beach ‘burb in San Diego County. Imperial Beach also is representative of what Southern California used to look like — perhaps like many beach and surfer towns along the coast of California once upon a time — and is determined to stay that way, with the help of a mayor born and raised in Imperial Beach, a surfer to boot, the director of Wildcoast Conservation and holding a PhD in geography. He is committed to eco-everything and “is dedicated to preserving IB’s classic SoCal beach town vibe.” (sandiegomagazine.com) We knew we could access the beach without hassle — that is, once we were able to navigate the impossible congestion of the interstate to get there — park, walk and enjoy this area in a way that will prove difficult once summer in Southern California hits.

We chose a Friday evening to venture to Imperial Beach, because its local farm market takes center stage. More than just a market, the Imperial Beach Plaza hosts a variety of culturally diverse food stalls, live music (the local high school band that night), fisherman and women on the pier, surfers bobbing like seals all along the coast, folks out for an evening stroll or picnic on the large green space on the plaza, kids and couples on the beach to play or await the sunset, girls kicking soccer balls, guitarists, skaters and lots of locals. Lifeguards patrol the beach in trucks and on foot as the intense and humbling Pacific never rests. Crews come in late to clean up after all of us visitors in order to prepare the weekend onslaught. Clearly, it is the place to be.

The average temperature in the summer does not exceed seventy-five degrees in Imperial Beach. There is a constant breeze on this coast, and we were chilly as we sat on the beach and watched everything — the surfers, the waves, the sunset and those watching the sunset. We had heard that the beach was rocky; it is not. It’s a great beach. Just be prepared with layers. From our post in Southern California and through Friday evening traffic, we spent almost an hour on the road en route to Imperial Beach. There is a camping nearby, and the city is working on adding accommodations for more visitors. There are plenty of places to eat and drink, including Coronado Brewing Company, a few taco and seafood spots and other quick-food eateries. It is a surfing community and most of the residents here need fast food before and after they hang ten. 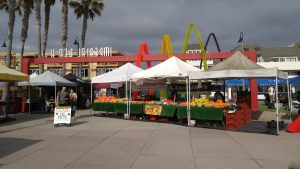 The iconic Imperial Beach logo behind the beautiful market stalls. 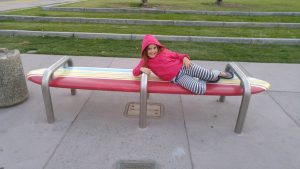 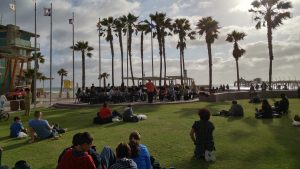 And the band plays on. 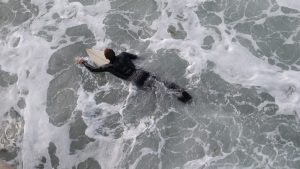 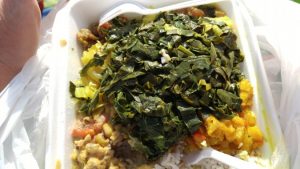 Dinner from a Kenyan food stall. Superb and very much soul food. 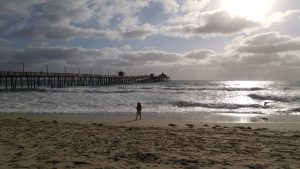 Luna, surfers and the pier. 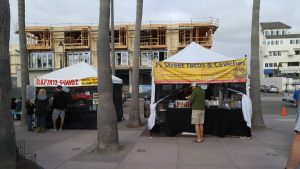 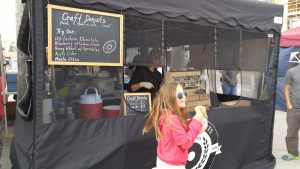 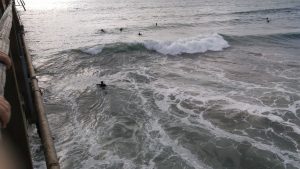 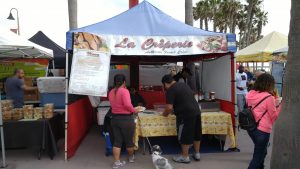 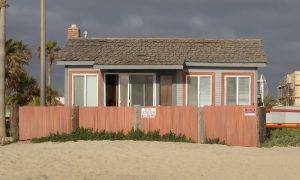 For rent right on the beach. 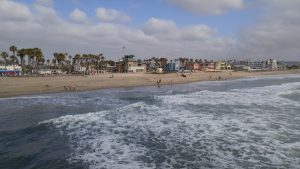 Imperial Beach community to the south. 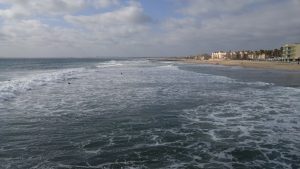 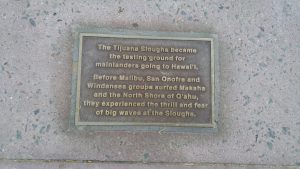 One comment on “A Cool Evening at Imperial Beach, CA”