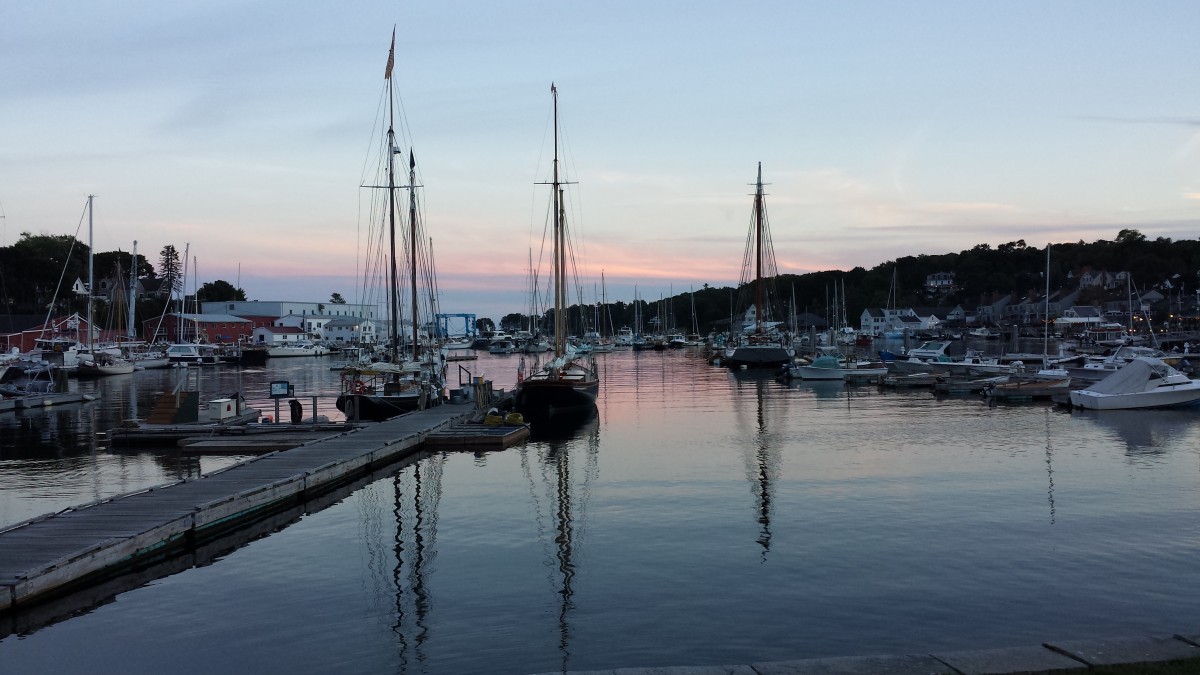 The first night that we arrived in Rockport, Maine, we drove around for awhile to check out the scene. Then we looked for a place to eat. The roads aren’t really straight around here; they hug the coast and hills and then shoot off in various directions. So, as we tried to remember where we had been, while we were trying to figure out where we were going, we ended up in Camden, which is just up the road from Rockport. It was still early September. The building façades were bright and beautiful and well-maintained. Tourists spilled from restaurants and shops, and a few large, gorgeous ships filled boat slips. From all outward appearances, Camden, Maine, seemed a bit frou-frou and not our gig. However, we kept it in mind, especially to go to Cappy’s Chowder House for some local chowder.

A week later, we drove through Camden to hike at Camden Hills State Park. Meandering uphill through the neighborhoods and gigantic waterfront homes sort of reinforced the notion that Camden might not be for us. But after the hike as we drove downhill and back into town, we saw Camden from a different angle, and it softened us. We decided that we wanted to explore Camden a little bit more, which is just a few minutes from base camp in Rockport, to see what else it had to offer besides first impressions. We were charmed. 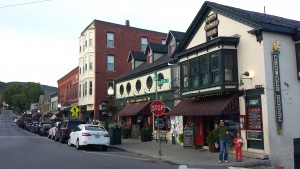 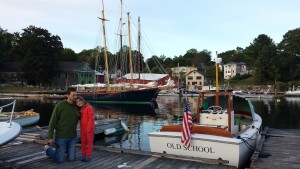 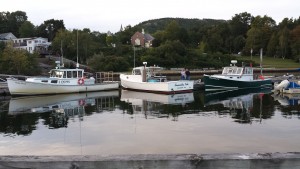 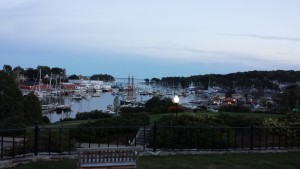 Sunset in Camden Harbor from the Library. 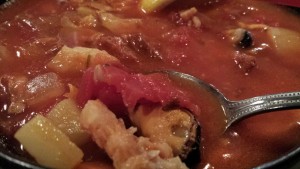 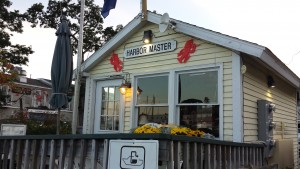 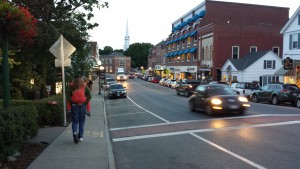 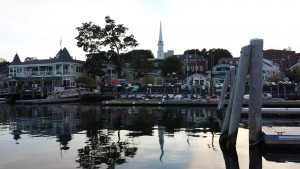 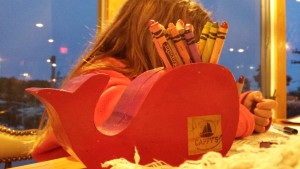 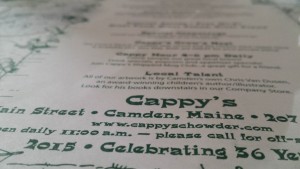 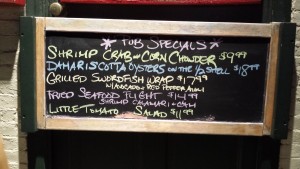 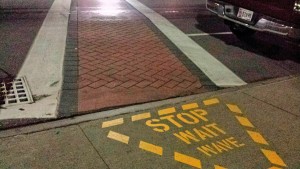 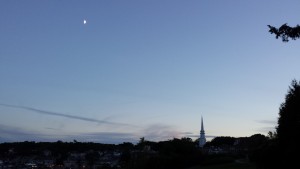 We took an evening stroll during our third week in MidCoast Maine for more waterfront views and food. It is true that Camden, Maine, is a bit fancy: It is home to many wealthy New Englanders who summer there. However, it is clear the pretty little Camden is also home to fishermen, industry folks who cater to the almost constant tourists, artists, bankers, grocers and all the other workaday people that help make towns and villages across the U.S. thrive. There is a lot of stunning public green space in Camden, as well as wonderful local art and food. The docks are very accessible, including three ships that are part of Maine’s original Windjammer Fleet. A waterfall runs out into the harbor along the park, which will lead you to a sculpture of poet and playwright Edna St. Vincent Millay, born in Rockland, Maine, whose lyrics are found everywhere in this region. The library is stunning and offers perhaps the best view of the harbor, and the chowder and red seafood stew at Cappy’s Chowder House were delicious. Our host gave us all kinds of information on places to visit along the coast, which we will disclose in a later Trip Note — that is, after we find them.

Camden was totally worth the time to just be. It helped that we visited during a slower part of the season. If you are planning to visit Bar Harbor or Rockport, include a visit to Camden. It is really lovely.