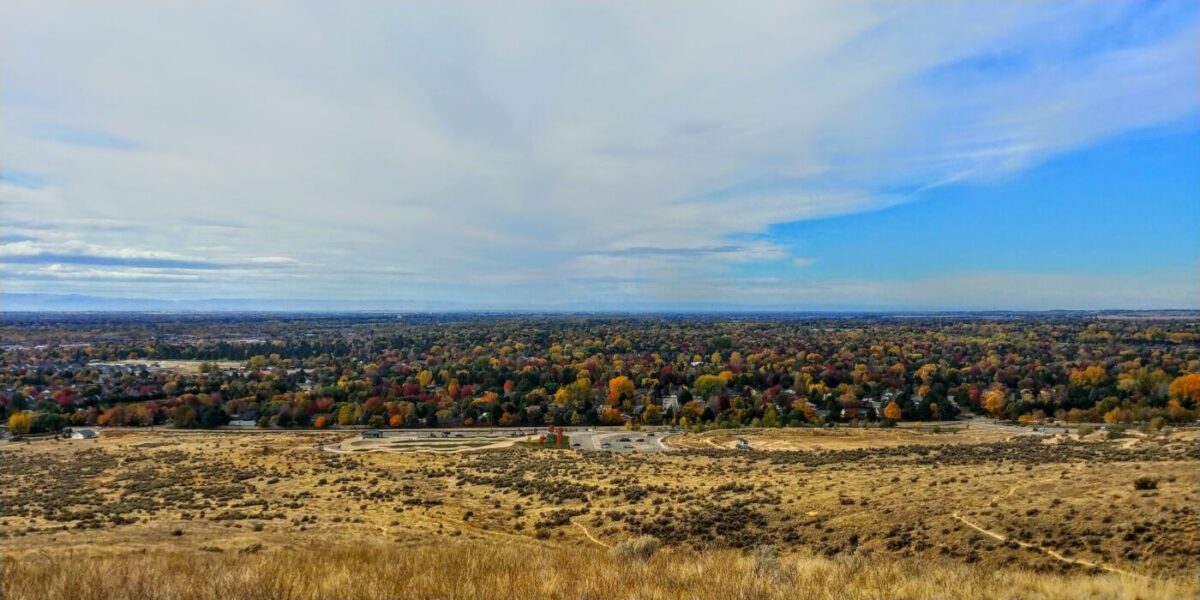 Certainly, we did not see this coming, moving across country once again, but this time to plant one foot in the Pacific Northwest, did we?

Probably we did, in whispers, as so many things do and come to fruition regarding destiny.

Like many years ago in a song, circa ’97 and Boyfriend-Part-1-Scot — before-he-was-my-husband-Scot (and before we dated the second-time-around-Scot). He listened to the BoDeans, a live album — Joe Dirt Car (1995) — which included on it “Idaho.”

Or perhaps before that even, in 1996, on my first big-time roadtrip of three months with my best friend of back-then. Idaho then was a blink-of-an-eye for us as we traveled from Missoula to Spokane to get to Seattle — civilization, washing machines, and regular showers as fast as we could after weeks of camping in the wilderness of the Tetons and western Montana.

We passed right through Coeur D’Alene en route, which I wish now I had taken more serious note of during a time when it for sure was not quite as bustling and booming, trending and touristy, but rather more wild and wilderness. Oh, so close to Canada. It took us just a little while to pass through the panhandle. Maybe we even asked each other whether we should stop, but we didn’t? Ah, but … we were there.

For sure Idaho was written in a raincheck, though, when My Little Trio decided to forego traveling the Pacific Northwest after a few years of full time travel in order to regroup back in the Midwest. As you know, new rigs were required to travel through the mountains. We had things to tend to in our Home State. We outgrew the small spaces. We had things to consider…

Where do we want to continue raising our daughter?

What place reflects our values?

Where and what are really calling to us?

What do we really want to do now on this planet with this “one wild and precious life”?

They now include “recreating,” as they say.

Our daughter could be sitting in school, waiting her turn — to be asked, called upon, to stand or sit, to show and tell — instead of being out in the world and finding out for herself what makes it tick and forming her own opinion.

So we hand her the world, as best we can, so that she can decide for herself what she thinks, believes, and feels. What she knows, wants to know and discover.

Home is wherever we are, together. So why not home in the Pacific Northwest, with purpose?

What a beautiful place to be.

Usually I have more to say — or feel as though I should say — about data and info regarding our destinations. I may or may not get to that. The details here are not important this time around.

Lately, it is very much about being and doing.

For now, here is what I want to know:

What were peoples doing here 15,000, 10,000, and 150 years ago? When they saw this great place, what did they feel and know? Idahoans, whoever they are, know what they have — and have had. It has been a secret for a long time. Many people are coming here … for something. Peace of mind? Piece of land? Solitude? A slowing down of life? Places in abundance to touch the Earth and be touched by it? All of it and more.

We are here, in part, to experience more of the great North American landscape. We have been informed on this journey of ours by solitude, togetherness, taking risks and chances, by change, by abruptness, by slowness, by highways and byways, by dharma, by being out there and seeing for ourselves what is going on, what it’s all about. Isn’t that what travel is? Being a global citizen? Filling our head spaces with knowledge, awareness, customs, ideas? Indeed.

Idaho and the Pacific Northwest offer that. They know things, they do things. It’s a big world. We continue to break it up into manageable pieces for easier swallowing and better digestion.

And we’re having a blast in the meantime.