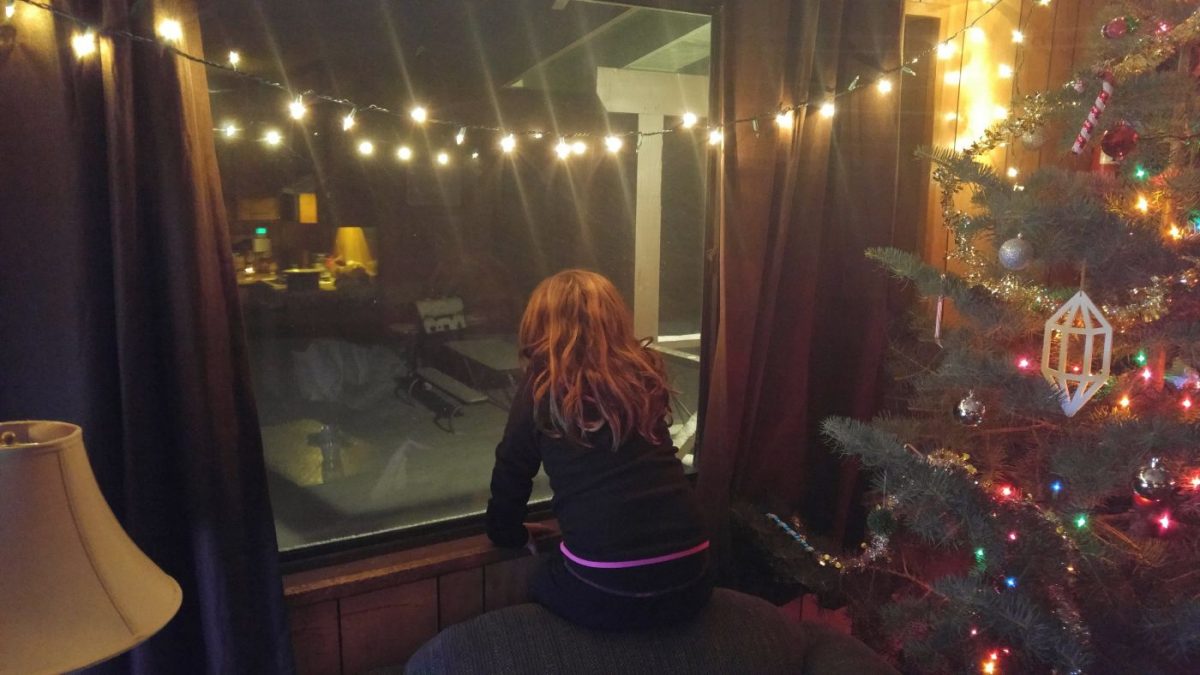 Luna wanted one thing for Christmas this year: She wished for snow. Our travels had led us to the desert where — obviously — there is often not snow. But there is in the mountains, and Scot and I knew just where to go to make her dream come true: We took her to Greer in the White Mountains of eastern Arizona, where Scot and I had spent a few pre-parent holidays many years ago.

And it did not disappoint. It snowed heavily in Greer on Christmas Eve, and we awakened to a super cold Christmas covered in white. But really, finding snow was not the only reason we wanted to take Luna to Greer. Greer is a special place to me and to Scot. In Greer, we reclaimed holidays as a couple that had been altered by divorces of our childhood. In Greer, we can hide ourselves so remotely that bandits would have a difficult time finding us. In Greer, we can get away from almost everything, for it is quiet, hardly connected to modern culture. In Greer, we can be one with nature in this little valley of the almost-mountain top near Mount Baldy along the Little Colorado River, among many lakes and ponds, at a breathtaking 8,300 feet. And traveling to Greer from any direction in Arizona is a beautiful, stunning, all-encompassing adventure from start to finish. We had to take Luna to Greer. It always has been part of our family in-the-making.

It was Scot who discovered Greer for us in 2004. One of the first things we decided early-on in our relationship (part deux) was that we wanted to reclaim Thanksgiving. Our parents were not destined to stay together as couples; subsequently, Scot and I, as well as our siblings, like many children of divorce, spent many years on the road Thanksgiving day going from one large turkey dinner to another. Into adulthood, we wanted to do it differently. Quite literally our second date (I was living in Michigan and he was living in Arizona at the time) was a visit to Greer for Thanksgiving. Scot picked me up at the airport, and we drove four or five hours through the mountains and the darkness until we reached the hamlet of Greer. We stayed in a tiny cabin, built lots of fires, and made our own Thanksgiving. It wasn’t until our second holiday visit to Greer the following year that we were able to take in the gorgeous landscape of our journey up the mountains and the Salt River Canyon in the daylight, forever cementing our love of this entire experience centered around one tiny little town. 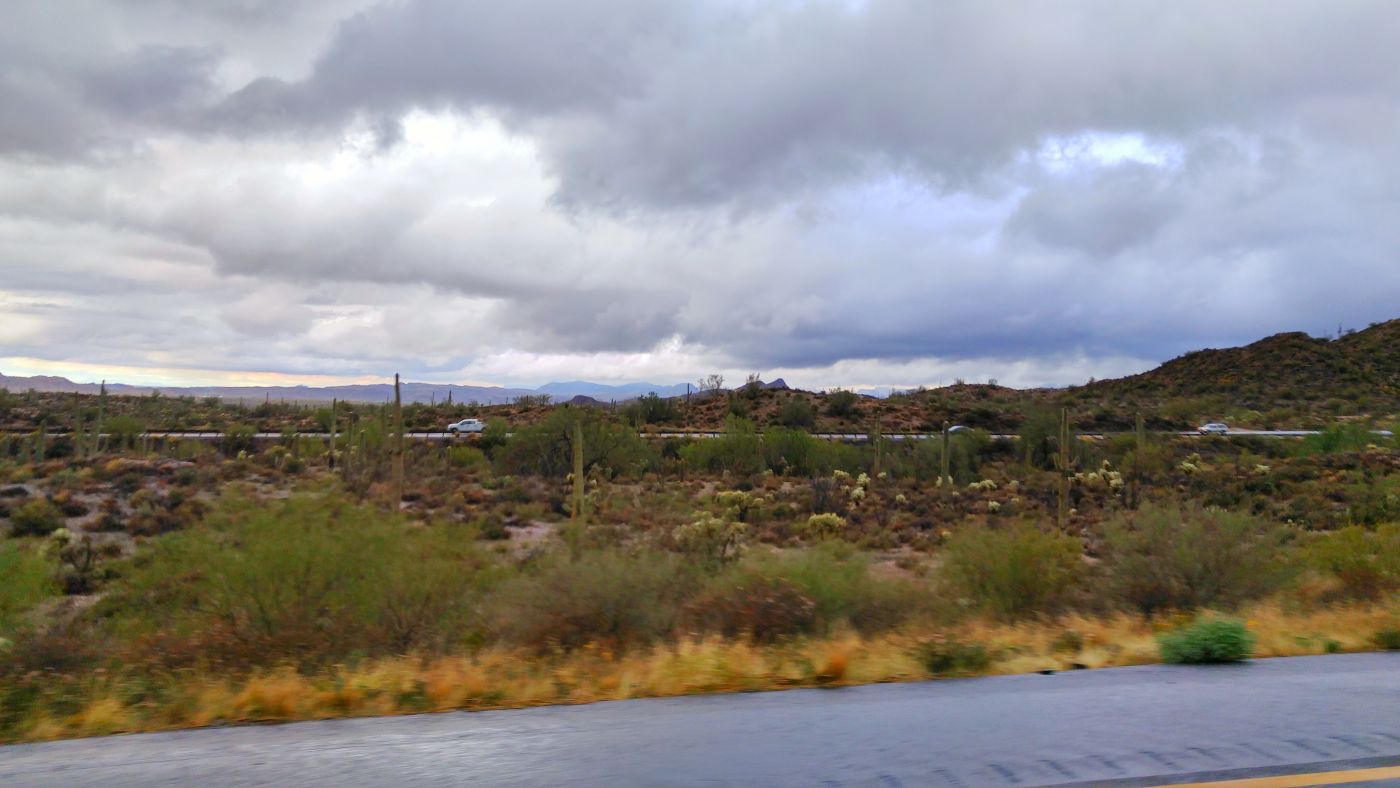 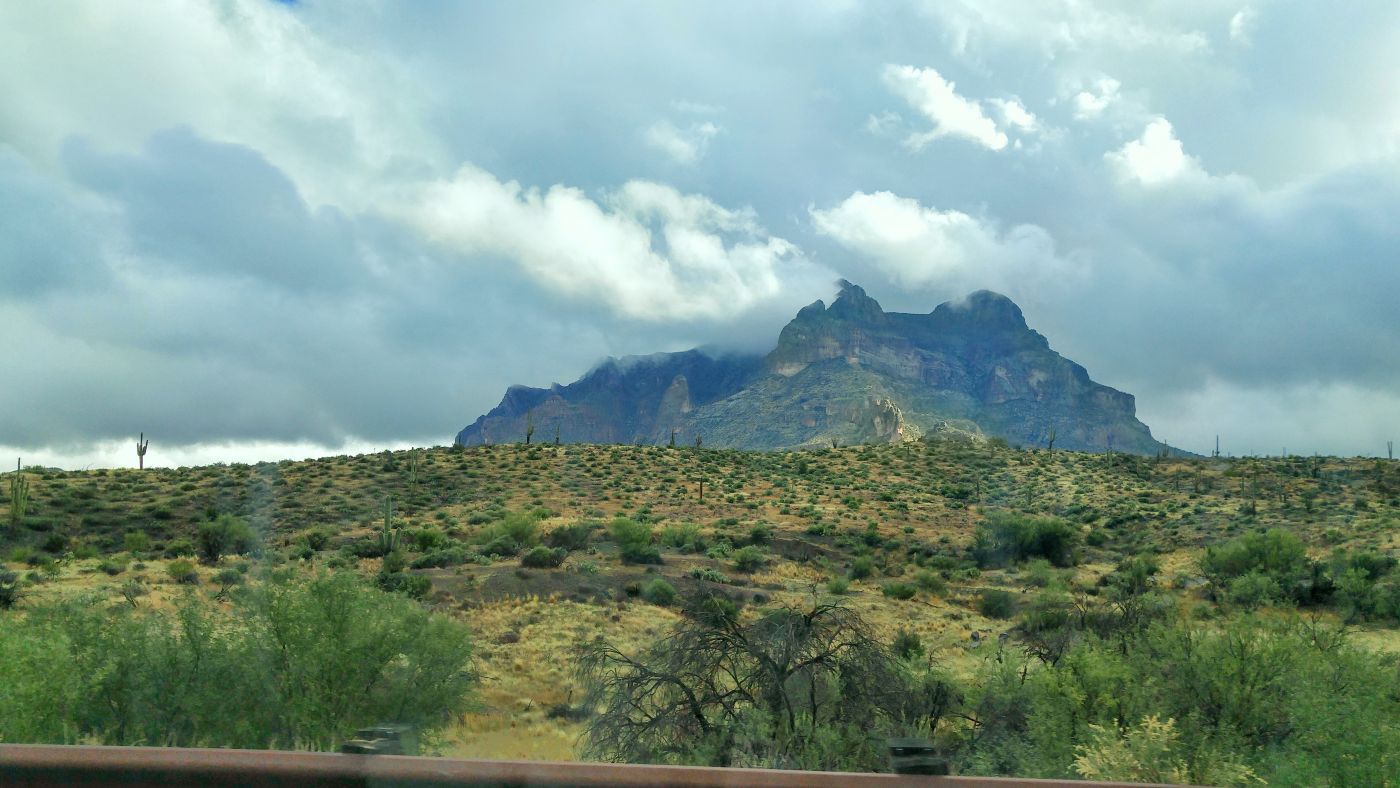 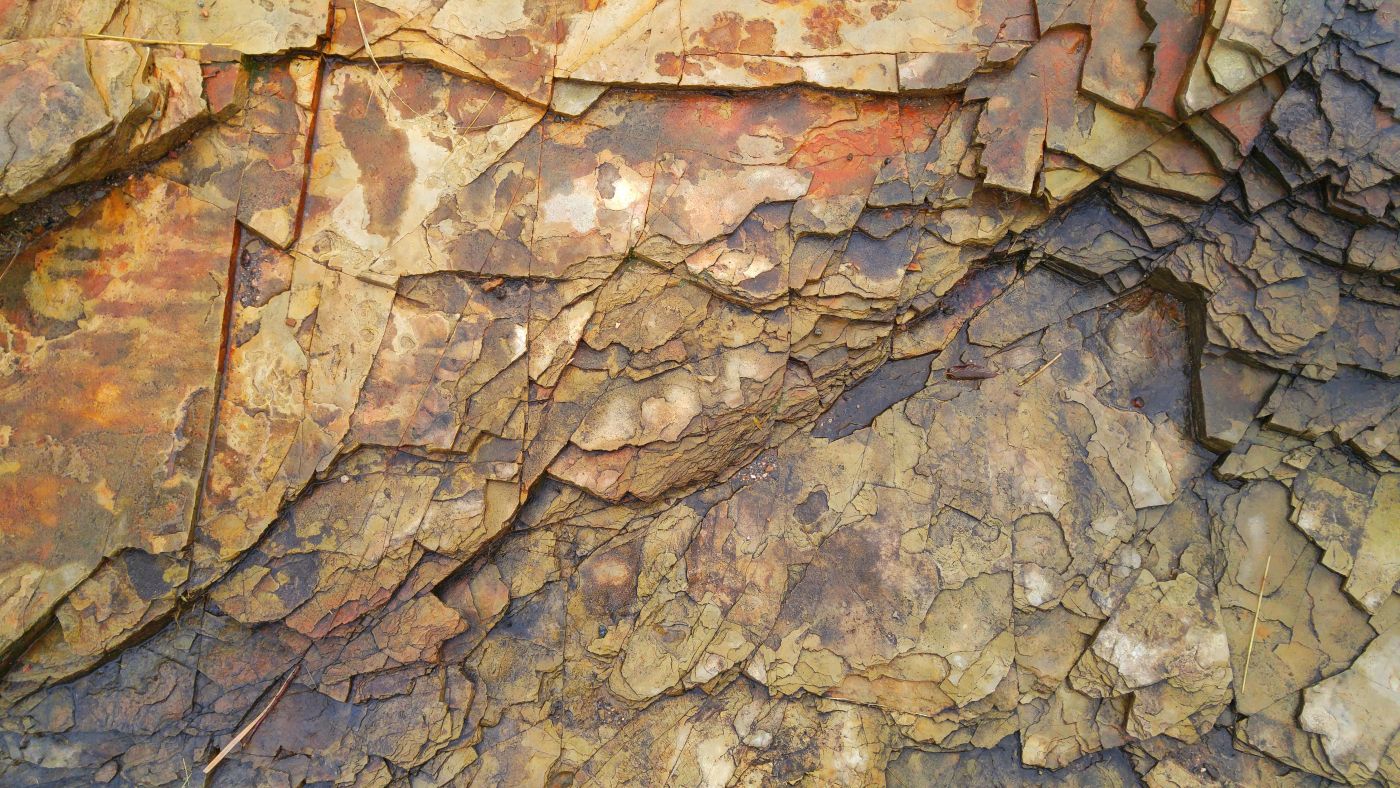 Greer, Arizona, is a blip of a community of around 100 people (although I have read in other places that that number is 41) in the Apache-Sitgreaves National Forest way, way up in the White Mountains. It was — and still is — Apache country. Historically, the Apache tribes were nomadic peoples living in the Northwest. It is estimated that they began their descent to the Southwest between AD 1200 and 1500, ending up in Eastern Arizona, Northern Mexico (Sonora and Chihuahua), New Mexico, West Texas, and Southern Colorado. (Wikipedia)

Although the Apache fought and also amicably mingled with the Spanish, with Mexico and amongst themselves and other tribes for centuries, there wouldn’t be such a relationship with the United States. Inevitably, the search for gold and the want of land for American settlement forced the hand of the Apache. The final blow came during the Apache Wars when 5,000 U.S. troops forced Geronimo’s small band of 30 to 50 men, women and children to surrender in 1886. Most of the Apache were relocated or imprisoned, while settlers claimed what was Native land. Most Apache never returned. However, a small group of 50 Apache, who served as U.S. scouts during the war in 1871, were allowed to keep a large portion of their native land in return for their service. This area is the Fort Apache Indian Reservation in the White Mountains, home to Greer. (Wikipedia)

Among some of these settlers who came to the area as pioneers were Mormons from Utah. In 1879, William Lee and his family settled into the area that they called Lee Valley. To shorten the name of the developing community — a request of the Post Office — Greer was chosen, the last name of another settler, Americus Vespucius Greer. (Wikipedia)

Perhaps the most famous homesteader in Greer is Molly Butler. Butler’s family, the Witbanks, moved to the area from Utah in 1877, and Molly grew up in the ranch land that her father developed. In 1897, she married Lorenzo Crosby, and by 1902 they had established a ranch, as well as a lodge for fishermen and hunters. After the death of her husband, Molly married John Butler; the two continued to build upon their lodge, including leading camping expeditions in the region. Fishermen, hunters and campers would exchange a little work for a bed and a meal; eventually — and secretly — Molly’s daughter, Hannah, began charging for meals, a mere 25 cents. Born was the Molly Butler Lodge, a vacationer’s dream in Greer. Molly Butler Lodge is one of the oldest lodges in the state of Arizona. (Women’s Heritage Trail)

Later on in 1947, Leland Entrekin purchased 35 acres of land from Butler’s son-in-law, and another Greer lodging institution was born, Greer Lodge. Entrekin’s son, Philip, famously hand-peeled the logs that were used for the lodge that was initially used for church retreats. Yet, as more people heard about the lodge and Greer itself, it became a destination. (Greer Lodge History) Over time, Greer Lodge has seen a few owners, as well as a fire. However, the lodge was rebuilt and remains an enchanting staple of Greer, situated right in the middle of “town.” It is a must-see when coming to Greer.

But we didn’t stay at any of the famous lodges in Greer. We stayed at Antler Ridge, a group of cabins also in “town,” for our little Christmas getaway, and it was awesome. The owners and managers went above and beyond what we would consider regular service to make our holiday very special. They delivered treats, wood, whatever we needed, and they even delivered a Christmas tree with some extra bobbles for us, something we haven’t had in a couple Christmases since roadtripping. So while we made food, sat by fires, decorated trees and waited for a snowy Christmas day, we hiked and played around Greer. 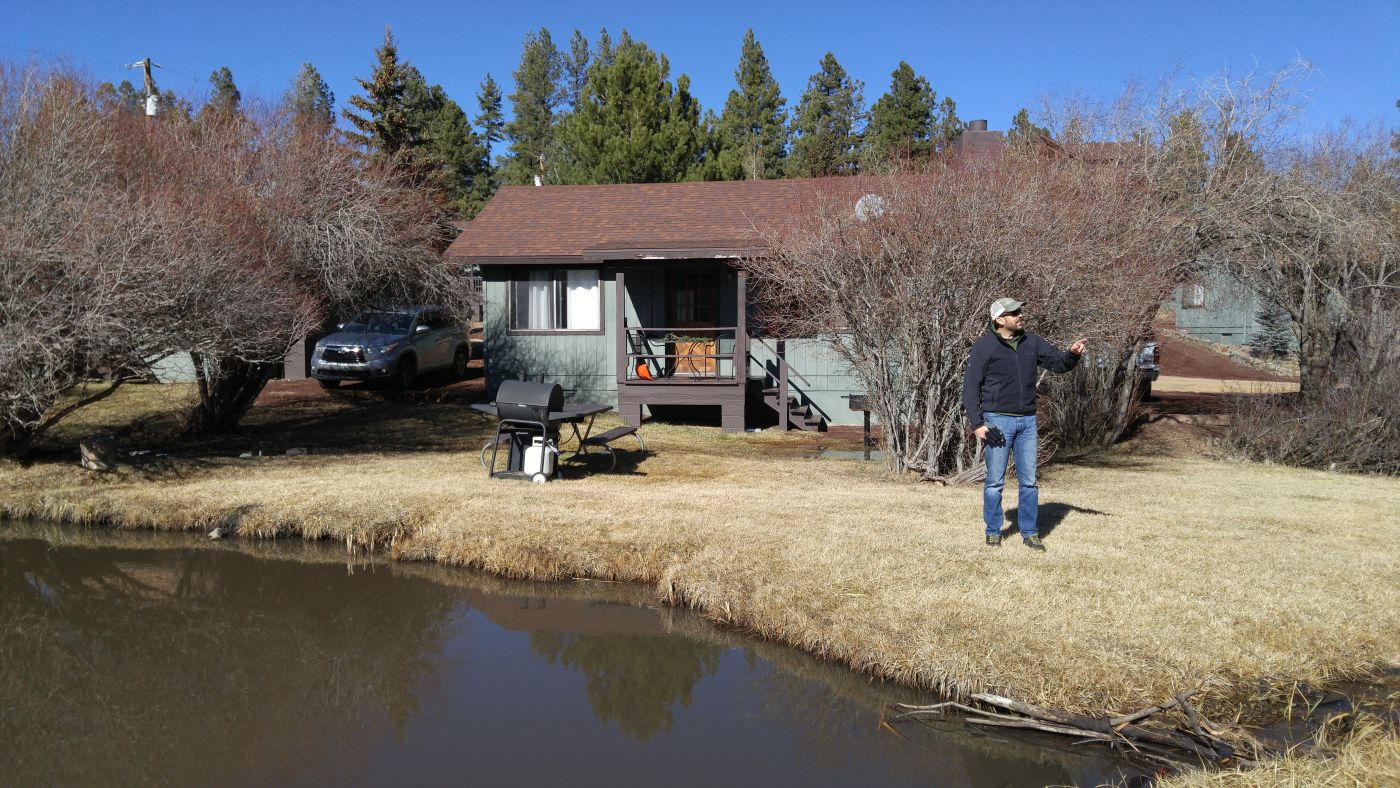 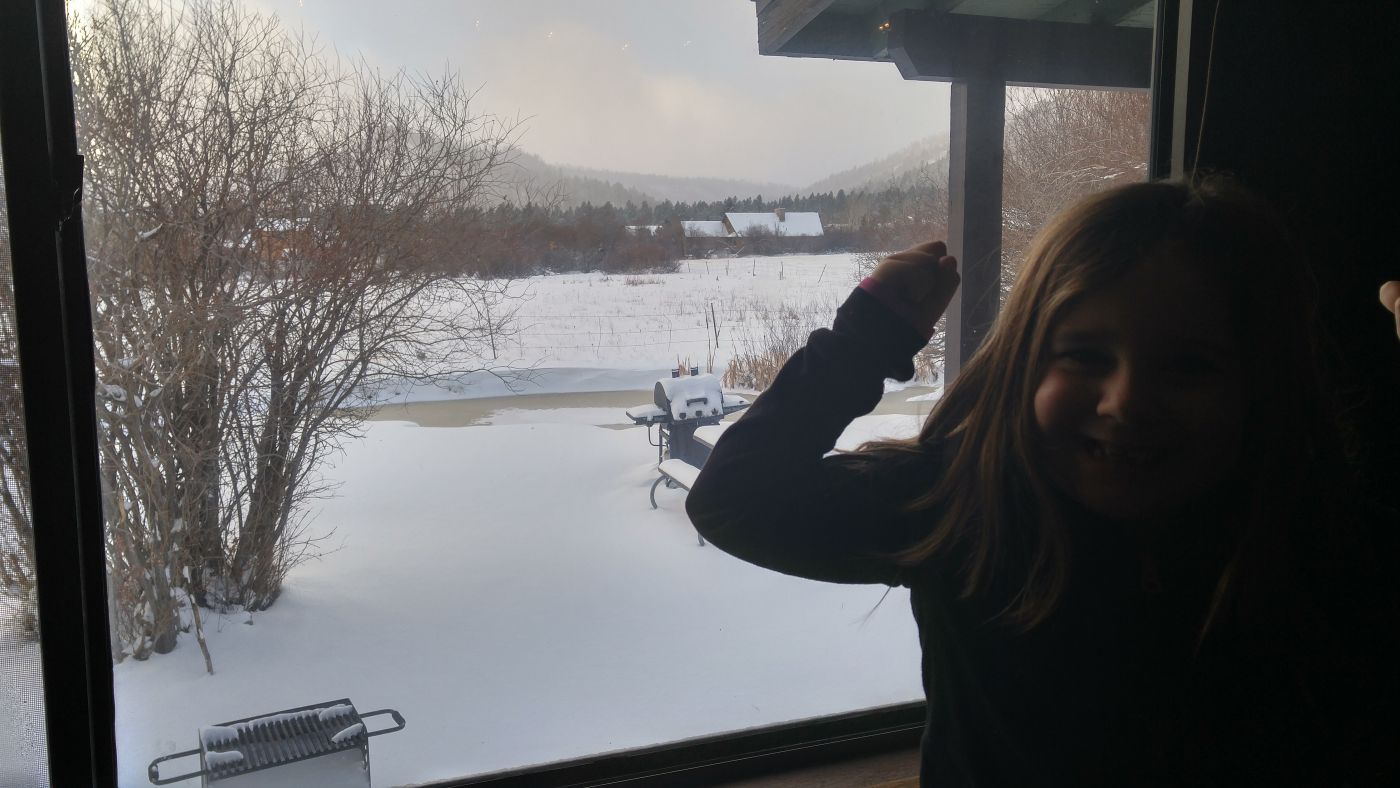 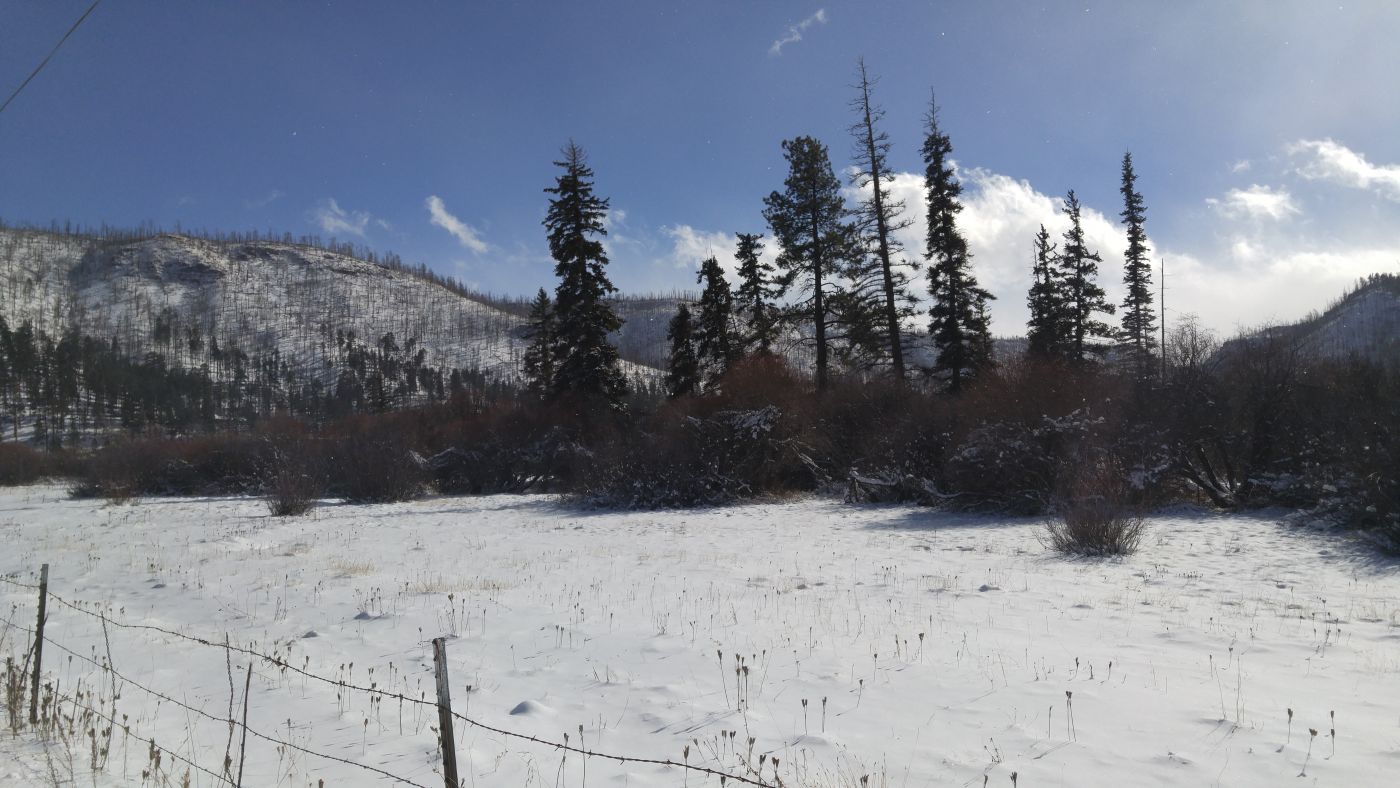 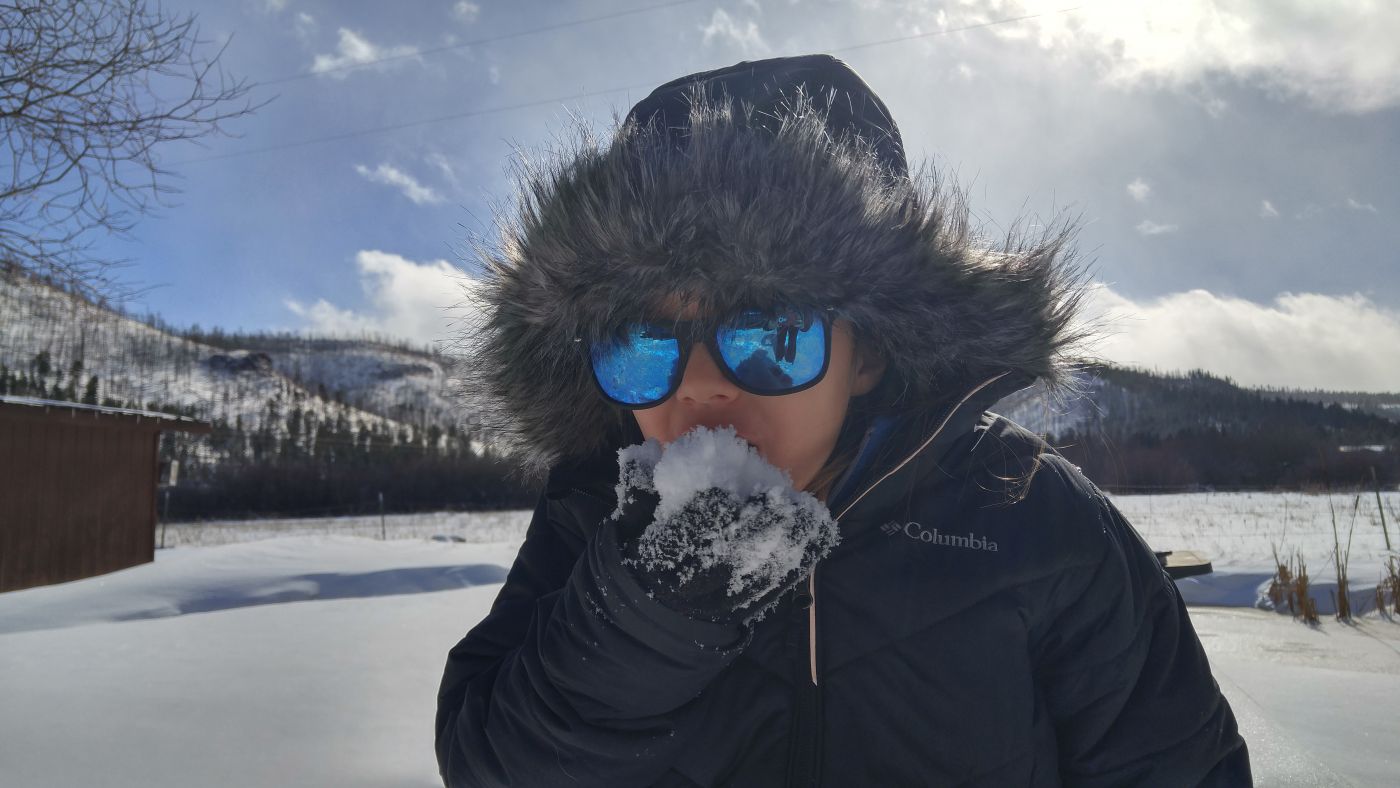 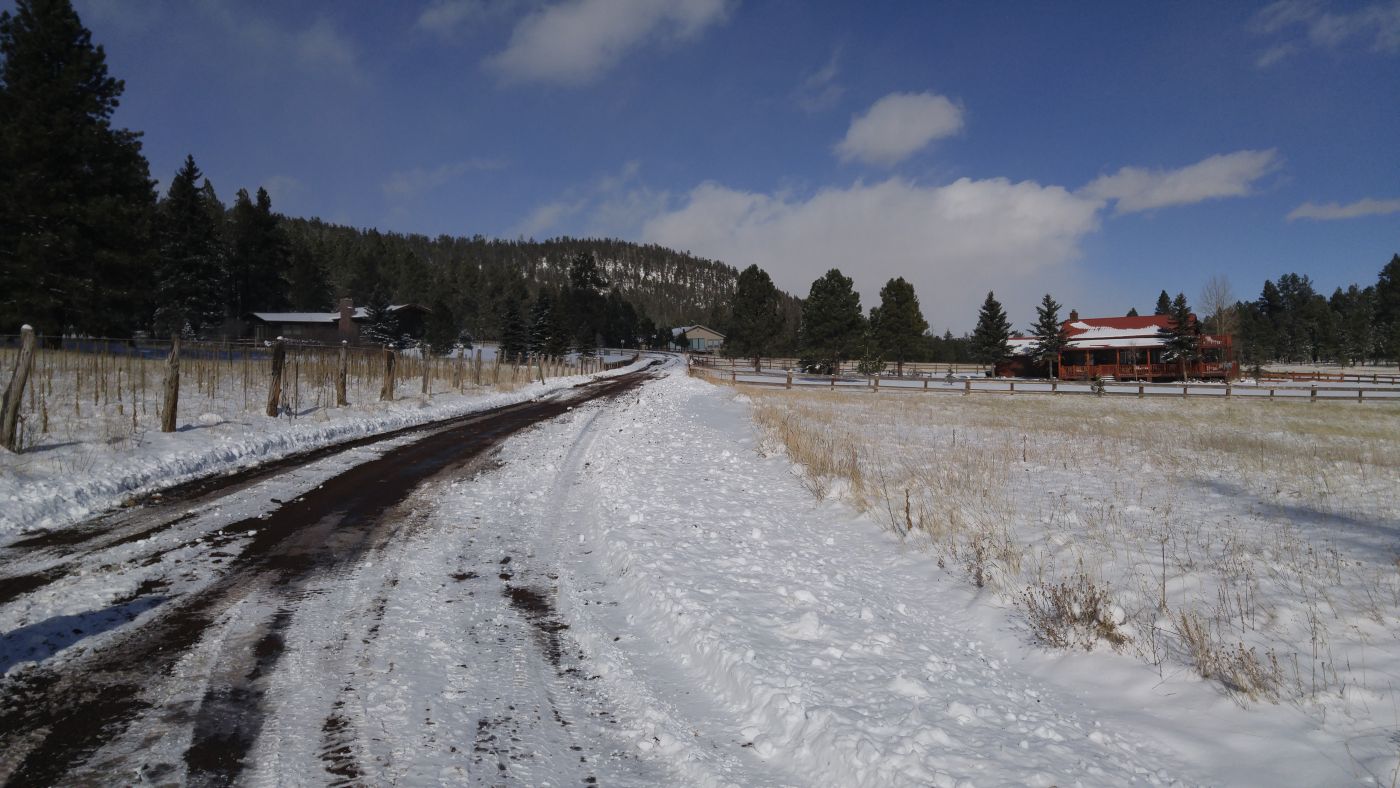 We celebrated our Christmas, played in the snow, gave our thanks, ate some good food and headed home. It was a great day.

On the way back to the camper, we took the alternate route home through Show Low over the mountain and down through Payson. It was new territory to us and just as beautiful as the more familiar Route 60. Arizona continues to amaze us. There is so much to see and do, so much uncharted territory, at least to this family. Our visit to Greer was a pretty bow wrapped around an exhilarating time spent in Arizona, full of friends, family and fun. We did a lot; it went by very quickly. We know that we will return to it, like an old friend. We look forward to the next time around.

2 comments on “Greer, for Christmas”